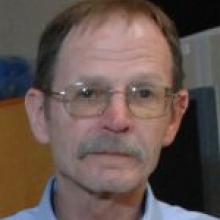 Martin Schlup
The Southern Cancer Network will conduct an independent investigation into concerns raised by Otago general practitioners about access to colonoscopy services.

It was not known yesterday whether the investigation would go beyond the 51 patients highlighted in a recent informal survey conducted by South Link Health, after increasing concerns about the adequacy of the services.

South Link Health executive director Prof Murray Tilyard, who organised the survey, said the information showed there was a significant issue with access to colonoscopies for patients with possible bowel cancer, with a number of them having poor outcomes, including early death, because of late diagnosis.

Doctors were concerned some patients, with all the accepted symptoms of bowel cancer, were being denied diagnostic colonoscopies, and some were later found to have cancer.

On Friday, Health Minister Tony Ryall called for an urgent report from the board over the issues.

In an interview yesterday, the board's clinical leader of gastroenterology, Martin Schlup, said he was open-minded and comfortable about any review.

It was good to have it done independently of the board and the GPs.

If something came out of the review, the service would need to take that on board.

Understandably, doctors were always terribly upset if referrals were turned down and patients came back shown to have a cancer.

Nobody took such situations lightly.

Dr Schlup said it was important to note the huge overlap between common bowel problems and symptoms of colorectal cancer.

Those on the colonoscopy panel had to pick out those most likely to have cancer, bearing in mind it was impossible to do more colonscopies with current staffing levels.

It was not an exact science, and if the panel made decisions GPs were unhappy about, they needed to phone and discuss the issues.

"We're always happy to do that."

Dr Schlup said he took issue with claims specialists were not listening. The department was faced with applying its limited staffing resources as fairly and equitably as it could, in order to see that those most at risk of cancer had colonoscopies.

That meant a risk, just as waiting a long time for a hip replacement or gallstone treatment did.

To the suggestion that not receiving a hip replacement, while painful, was not likely to kill someone, Dr Schlup asked what the alternative was "short of scoping everyone, and even if you do that, colonoscopy has a miss rate".

He hoped the review would result in the hospital and GPs working together in an agreed way.

This might include improvements to the referral system, which some GPs have criticised because they say it is unclear.

Work had already begun on an electronic template for referrals.

Dr Schlup said it would also need to be seen if the service was different from those in other parts of New Zealand. Asked if there was much of a gulf between the hospital and GPs, he said there would be a range of opinions among GPs on that.

If the panel members found patients turned down for colonoscopy were later found with the illness, they did review their decisions.

It was always easier to be wise in hindsight.

Dr Schlup said the concerns raised by the GPs came as a bit of a surprise and he had not had a chance to talk to Prof Tilyard about them.

He said he was not against the issue being aired publicly, but wondered if it created a lot more anxiety for people without necessarily resolving anything.

Dr Schlup said the board did not like being outside the national guidelines for surveillance of those considered at greater risk of colorectal cancer, but it had made that decision in 2007 so it could treat patients with symptoms more quickly. That had been achieved.

In the 2008 calendar year, the service undertook 557 colonoscopies, a figure which included 72 inpatients.

The board expects to do about the same number this financial year.

Dr Schlup said in earlier years the numbers had been as high as 700, but the service was short of about 1.5 full-time gastroenterologists.

Last year's figure had been affected by long-service leave.

Trying to shift work to the private sector would not change anything because there was no spare capacity there either, he said.

One of the issues for Dunedin Hospital staff was the state of its facilities. Last year, about $300,000 was to have been spent on a revamp which would have given a bit more space, but this had been deferred because the gains were not considered to have been worth it.

Patient space and office space were short and privacy was an issue, he said.

Serious consideration as to how improvements could be made was being given by management, he said.

The facilities did have some impact on attracting new staff, although he noted there was a worldwide shortage of gastroenterologists.

Role: Bringing together all those involved with cancer care in the South Island.

Focus: Reducing the impact and incidence of cancer, and inequalities, and improving the co-ordination of care for patients.