The new bridge over the Taieri River, near Sutton, is almost finished and expected to be open next month. PHOTO: DUNEDIN CITY COUNCIL
A new bridge near Sutton is almost ready to be revealed and the cost has come in $500,000 under budget, the Dunedin City Council says. 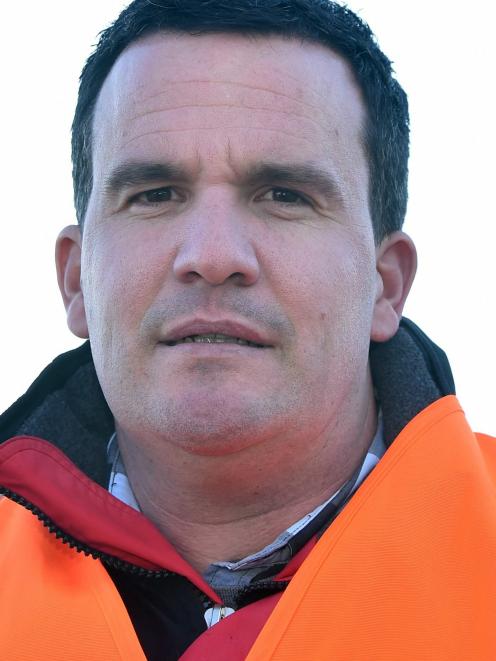 Richard Saunders
Contractors have been working since January to build the new structure, spanning the Taieri River on Sutton-Mount Ross Rd, following the destruction of the19th-century bridge during flooding in 2017.

Council transport group manager Richard Saunders said yesterday the new bridge was all but finished, as only earthworks were left to lift the ground level up to the height of the new structure.

The project cost was now $4 million, down from the expected budget of up to $4.5 million earlier this year, offset in part by NZ Transport Agency funding, Mr Saunders said.

The savings reflected the "excellent" work of contractors and some luck with good weather during construction, he said.

"It's been a good project given the tight timeframes we set to get it back up and running."

The new bridge had a 65-tonne weight limit, was designed to withstand future flooding events and featured a 1.5m-wide walking and cycle path.

Mr Saunders said the weight limit was the "appropriate standard" to accommodate fully-laden stock trucks, and would have been recommended regardless of what happened with the diatomite mine planned nearby.

The bridge had been expected to have to accommodate truck movements to and from the Foulden Maar mine near Middlemarch, if it went ahead.

The bridge would be officially opened on July 20, although it could open to traffic before then.

Council staff still had to find a new use for bridge stones recovered from the old structure's stone pillars, he said.

The stones were in storage, but the council would work with the Strath Taieri Community Board and Heritage NZ to "try and find a suitable project for their re-use", he said.

"There's a number of uses for them. We've just got to make sure it's an appropriate use."