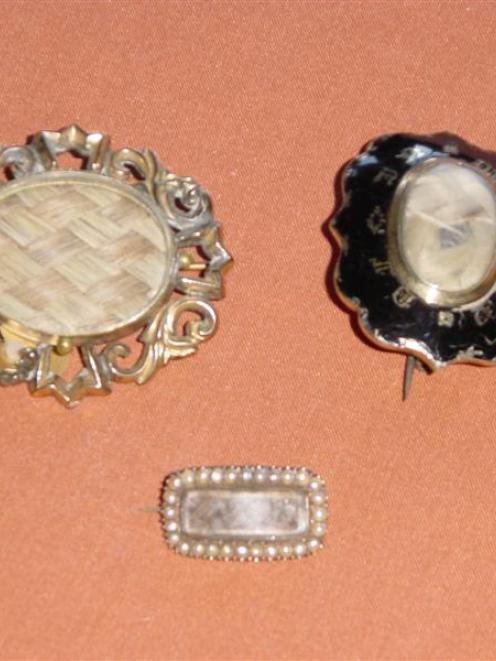 The mourning brooches did not belong to the Larnach family, but were bought by castle owner Margaret Barker six years ago to form part of a display on a dresser in Constance's (the third wife of William Larnach) boudoir.

Castle marketing and publicity manager Deborah Price said when a person died in Victorian times, their hair was used to make a brooch, hence the name mourning brooch.

Two of the three brooches on the dresser were removed from an glass enclosure fitted with an alarm.

"They are quite hard to come by. They're unique and to replace [them] would be very difficult."

In the past, a few things had been taken, but the castle now had an alarm system and cameras so a theft such as this was unusual, she said.

The theft was noticed last week.

Staff had since reviewed the castle catalogue and nothing else had been taken, she said.

As a result of the theft the castle was reviewing its security measures.

Senior Constable Lox Kellas, of Portobello, said it was thought the brooches were taken between May 23 and 27.

Investigations were continuing, he said.