By Molly Houseman and Riley Kennedy
1 Comment
The Otago Regional Council is likely to move into new headquarters at the former central Dunedin Warehouse site in about two years.

Port Otago's property arm yesterday confirmed it had bought the Maclaggan St building, to be repurposed into the council's office, for $10.2million.

Port Otago is 100% owned by the regional council. 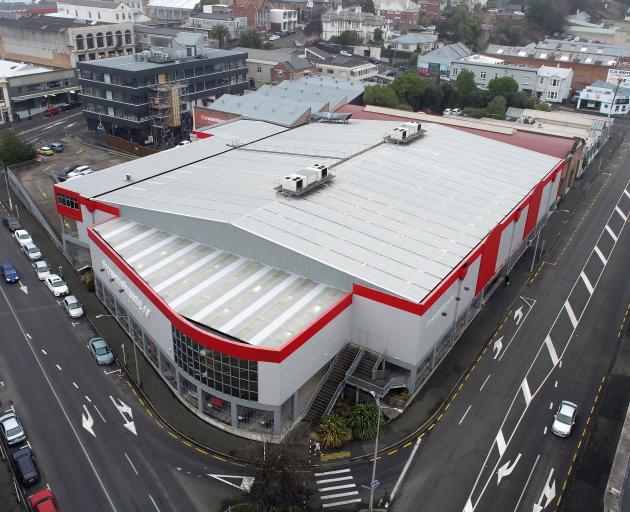 The Otago Regional Council has bought the former central Dunedin Warehouse building. PHOTO: STEPHEN JAQUIERY
The council’s investigation of sites for a new building has spanned the past decade and been controversial, costing more than $10million in total before the latest purchase.

Port Otago chief executive Kevin Winders said the new project would use the current building and was expected to cost considerably less than new-build options considered in the past.

‘‘These will form the base build and be repurposed from bulk retail to office over the next two years,’’ he said.

The port’s discussions with the site’s owner began immediately after The Warehouse announced it was intending to vacate the premises.

‘‘In acquiring the property, we had our shareholders' needs in the back of our minds, alongside local demand for developments for bulk retail and office
tenants,’’ he said.

Mr Winders said the site was presented to the council, which gave its commitment to move to Maclaggan St once the property had been repurposed.

Chief executive Sarah Gardner said the site fulfilled the council’s requirements for a new head office, as it had considerable space for staff, equipment storage and car parking, and was an accessible location.

The site would also allow for opportunities not possible at the existing Stafford St site, including infrastructure for electric fleet vehicles and greater business continuity in the event of a disaster, she said.

‘‘Crucially, the site gives us the ability to host public-facing, office, and operational activities at one location.’’

All Dunedin staff, comprising between 250 and 275 people, would be moving into the new office when it was ready, and there was enough room for staff growth in the future.

Mrs Gardner said it would take about two years, including planning, consenting and construction, before that move happened.

‘‘Work has not yet begun on any plans for how we will use the site. It may be possible to add a floor within the existing building shell, but this is still to be worked through with Port Otago.’’

The council did not have any estimates for the outfitting cost at that stage.

Once the repurposing work was completed, the council would relocate and have the option to rent from Port Otago or buy the building, Mrs Gardner said.

Its unused property, including in Stafford St and Birch/Kitchener Sts, would be sold, according to the council’s long-term plan 2021-31, and the council would vacate Philip Laing House when its lease there expired in two years.

The Warehouse closed its doors in Maclaggan St to become a ‘‘dark store’’, for online and click-and-collect orders, last August.

All of the 42 staff were redeployed at the new online store, but there was a proposal from the company to fully close it next month.

A Warehouse spokeswoman confirmed yesterday it would be leaving the site at the end of July.

‘‘All team members employed in this location
have been on fixed-term contracts, and we are now exploring potential redeployment opportunities with them,’’ she said.

The site is owned by Auckland-based, NZX-listed Investore Property Ltd, which in a statement to the stock exchange yesterday afternoon confirmed it had entered into an unconditional agreement to sell the property.

The Warehouse Group had given notice that it did not intend to renew the lease, and Investore had been exploring options for the site.

So you buy a building and have no idea what it will cost to outfit it to purpose??? what right minded person would do that?? oh right, people spending ratepayers money who don't care!!!!
I wont be paying my ORC rates this year!!!