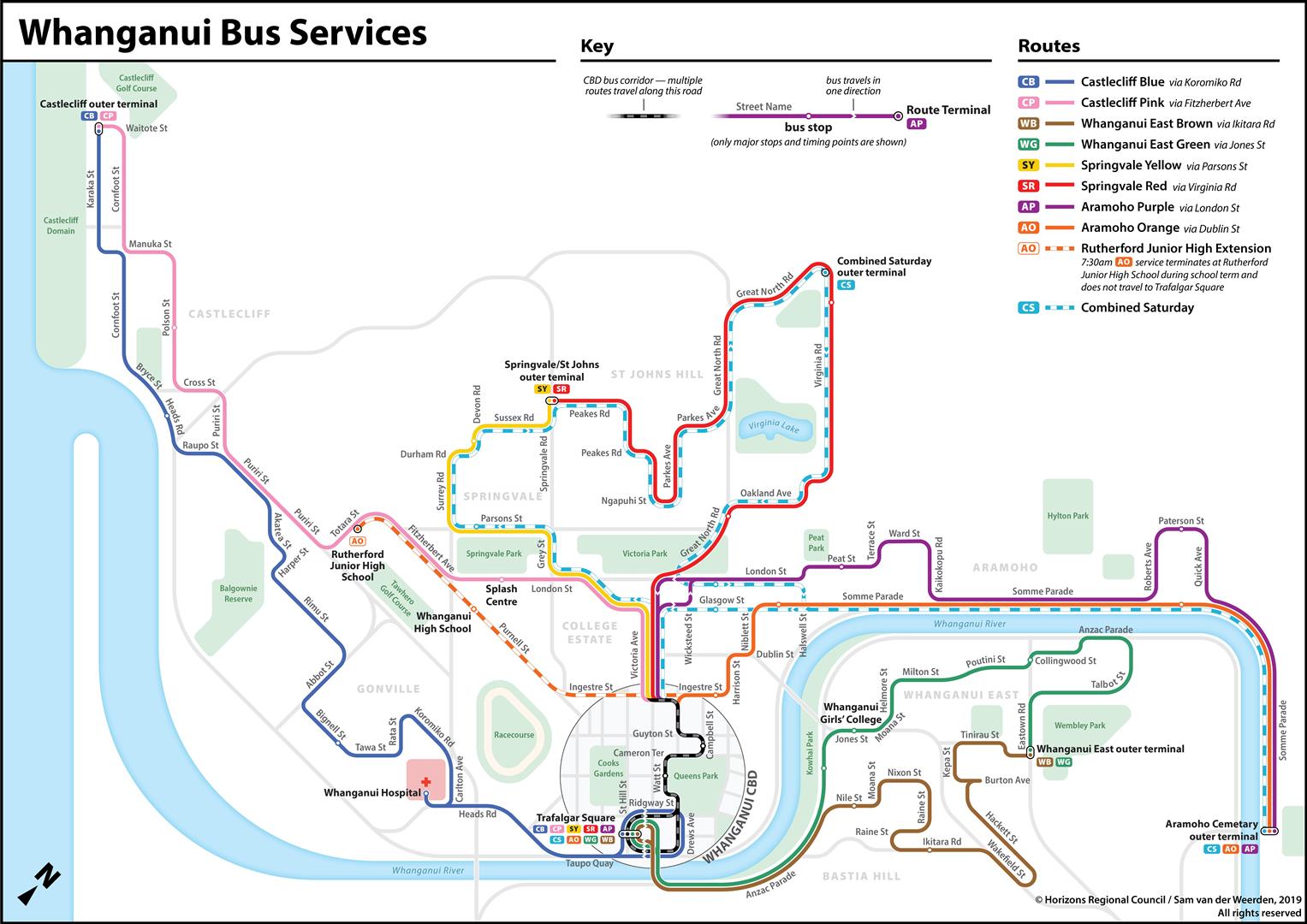 The map Sam van der Weerden developed for the Horizons Regional Council's Whanganui bus service. Graphic: Supplied
A Dunedin third-year mathematics student has turned a side interest in cartography into a possible career opening, after a local musician sang his praises.

Sam van der Weerden was contracted to create a map of Whanganui bus routes for the Horizons Regional Council, after last year redesigning the Otago Regional Council's bus map in his spare time for fun. 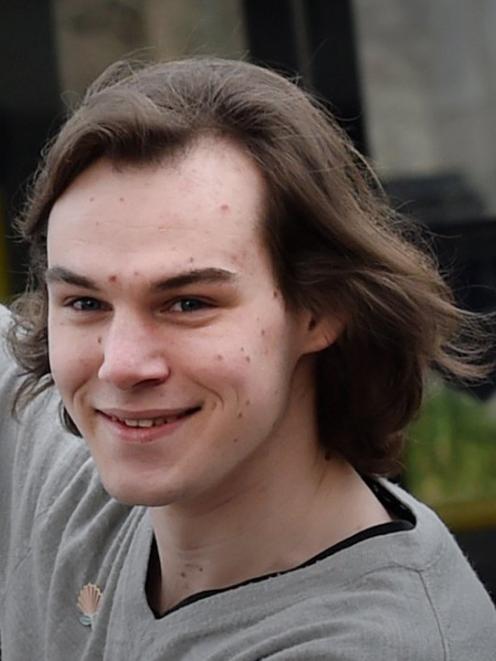 Sam van der Weerden
While that map was not picked up by the ORC, his work has clearly impressed the northern council.

A council employee there saw the work he had done on the ORC map after talking to Tonnon, and got in touch.

He was employed to do the work in late July, and the finished product was released this month.

''It was pretty awesome, to be honest,'' he said of the opportunity.

While he had done work like the tour poster, and a map for the Scarfie Flats of Dunedin book, developing a bus map that would do a good job of showing a public transport system was something different.

''It's not just about looks in that case, there's actually a big user base of people using it.''

It was difficult fitting it in with his studies, and a challenging experience to ''grind through something that was previously a hobby''.

''I've had really good feedback from it.''

Mr van der Weerden was finishing his bachelor of science degree this year and planned to do honours next year.

He did not plan to head into a cartography career straight away ''unless I get a magnificent amount of unsolicited offers coming in'', rather he was happy to finish his studies first.

However, he would be ''pretty stoked'' if the experience helped him get a job later, perhaps within local government or through contracting.

''I'm pretty stoked a council in the middle of the North Island has to reach down to the bottom of the South to find someone to do this.

''It obviously shows it is kind of a niche thing, and that makes me pretty excited for where this could go.''