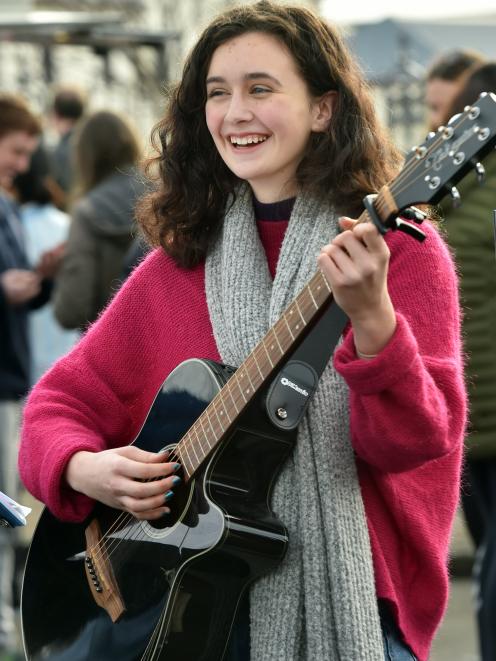 Busking at the Otago Farmers Market on Saturday for her second time is University of Otago English and music student Candace Davy (18), of Auckland.
It has been 50 years since he picked up his first guitar as an unhappy teen.

Now he is spreading the joy that music brought him with market goers in Dunedin every Saturday.

Smith is among the many musicians you can find between the fruit and vegetable stalls at the Otago Farmers Market.

"I work as an occupational therapist at Wakari Hospital ... The rest of the time, I do this," he said.

He enjoys the freedom of singing at the market, where it is also acceptable for him to stop mid-song and chat to people.

And he’s not the only musician who finds themselves drawn back to the markets each week.

The members of newly formed Dunedin band Maplewood String Band also enjoy seeing people dance to their music as they make their way around the stalls.

"It is a great opportunity to play for people ... and we sometimes get paid," band member Robbie Stevens joked. 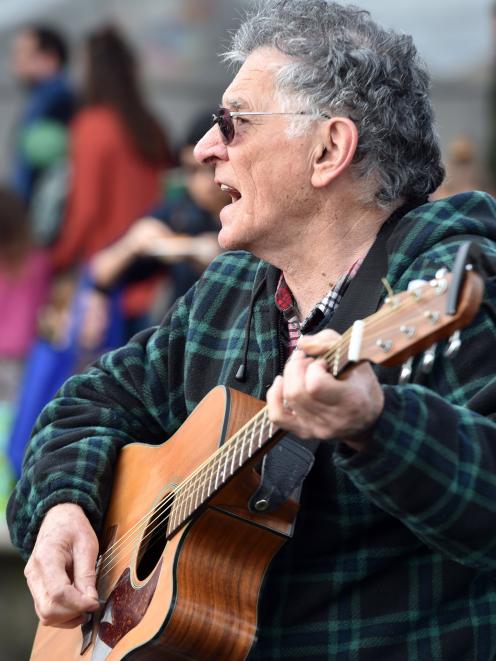 Playing a cover of We Can Get Together by the Australian band Icehouse is Mig Smith, of Dunedin.
The three friends knew each other from their folk club open mic nights and decided to form a band to go to this year’s New Zealand Gold Guitar Awards.

As the sound of their string band music fades, Candace Davy, of Auckland, can be heard playing old classics by Crowded House, country music and familiar pop songs.

She started studying English and music at the University of Otago this year but as she had a musical family, singing was nothing new to her, she said.

For her, the best part of performing at the markets was when children stopped and stared, she said.

"You know that it is capturing them."