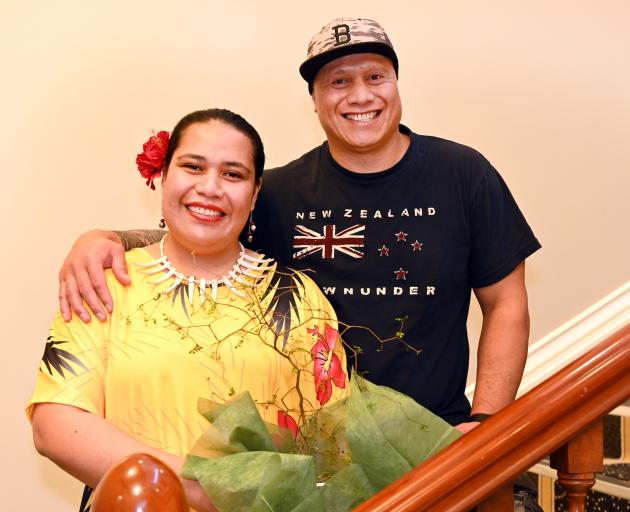 New New Zealander Tanimo Taulafo celebrated her citizenship with her partner Sam Collins in Dunedin. They are also looking forward to their wedding. PHOTO: LINDA ROBERTSON
A proud Kiwi will have two significant ceremonies inside a month.

Tanimo Taulafo, from Samoa, became a New Zealand citizen at a ceremony in Dunedin on Wednesday and she has her wedding to look forward to later this month.

The pair met in Samoa, when Mr Collins, who is originally from Samoa, went home for a birthday there.

Miss Taulafo (29) said she had dreamed of coming to New Zealand since she was a child.

She arrived in 2017 on a student visa and then also needed a work visa.

She studied private investing and entrepreneurship and is a Pacific Trust Otago receptionist and a HealthLink navigator.

Miss Taulafo said she had a sense of belonging in New Zealand.

"The [citizenship] ceremony means everything to me," she said.

Mr Collins (46) is a process manager at Westchem Industries, in Portobello.

He became a New Zealand citizen in 2005.

‘No other way’ but strike for firefighters