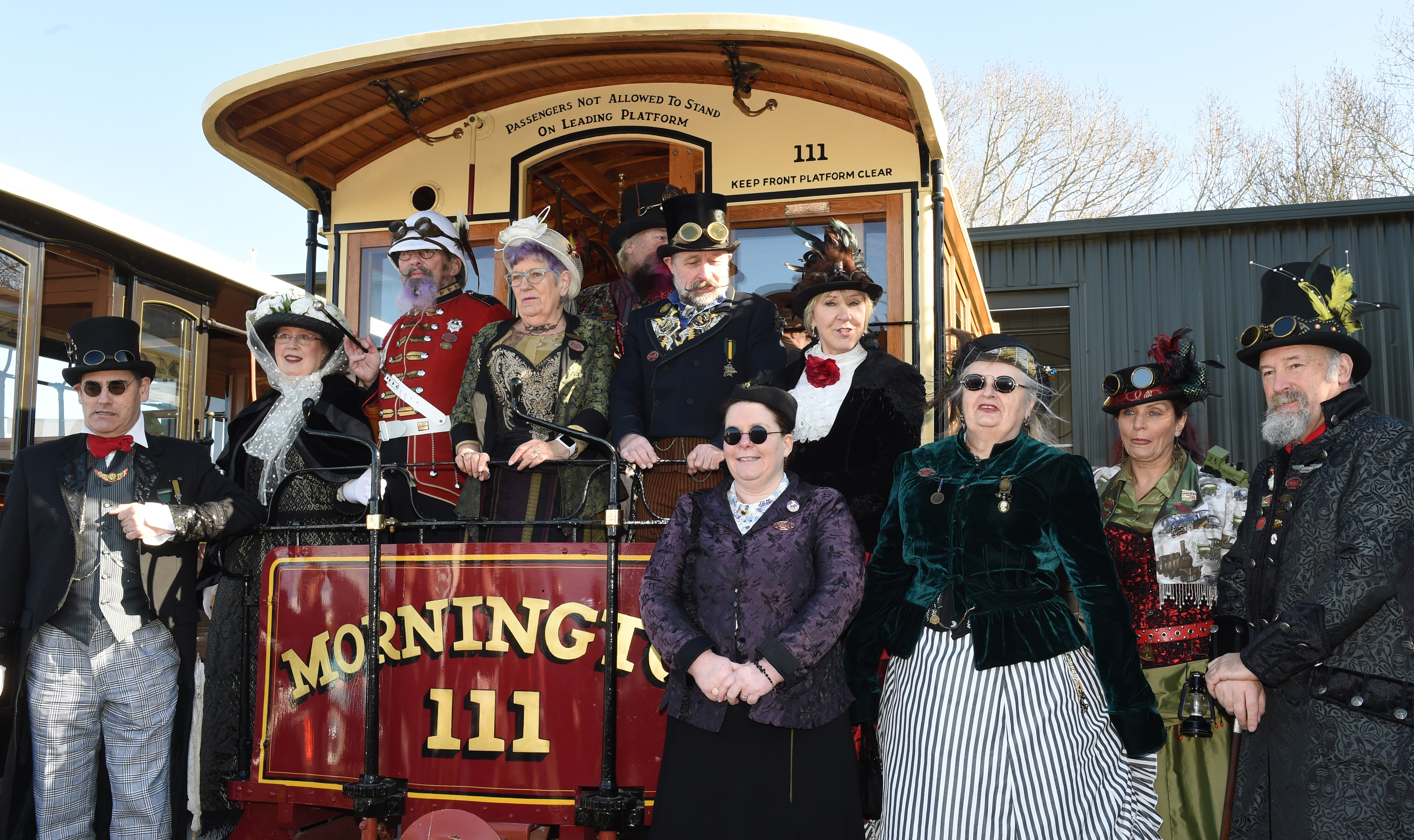 Bagpipers set the tone as two restored cable cars - Roslyn number 95 and Mornington trailer 111 - were rolled out of the shed for the crowd to look through.

It also marked the beginning of fundraising for the next stage of the project, expected to cost $6 million to 8 million.

For this the Dunedin Heritage Light Rail Trust will expand the shed into a two-storey complex able to hold at least six cable cars, a cafe, a museum and sports changing rooms. 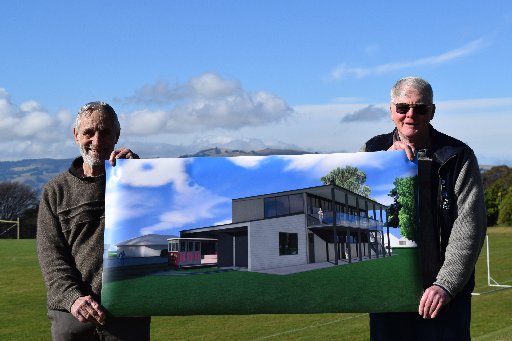 Dunedin Heritage Light Rail Trust chairman Neville Jemmett (left) and member Stuart Payne, both of Dunedin, display an artist’s impression of the proposed cable car house and museum building in Mornington Park. PHOTO: SHAWN MCAVINUE
The third stage of the project would be installing cable car lines from Mornington down High St to the Exchange and to reopen a street cable car service.

The fourth and final stage would be the installing the finishing touches, such as tram stops along the route.