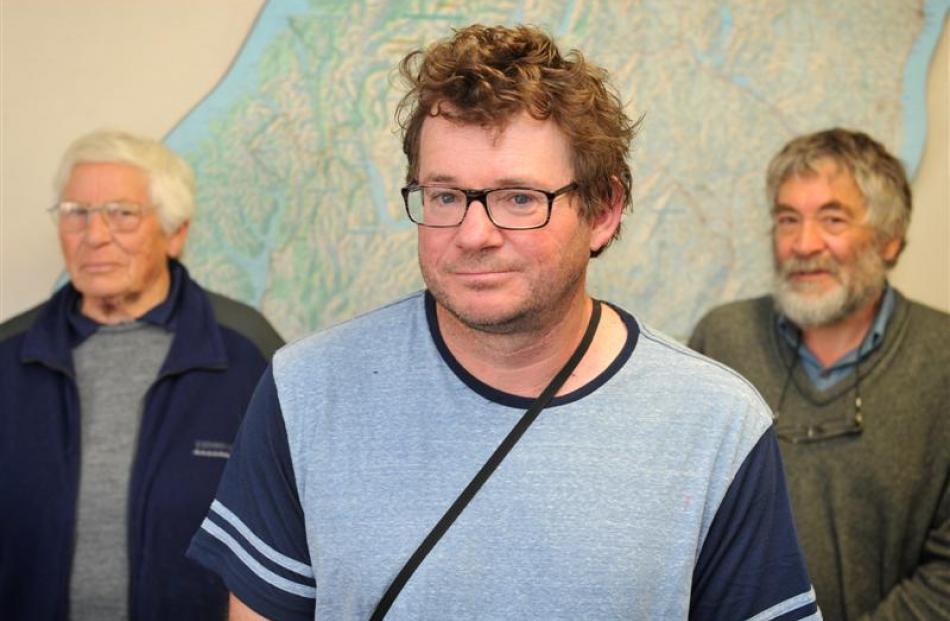 The Aramoana salt marsh will soon be locked away behind a ''hoon''-proof gate if local conservationists get their way.

Dunedin Forest and Bird secretary Janet Ledingham said ''hoons'' had been driving around on the salt marsh for several years, and it was ''unacceptable''.

She went to the Department of Conservation's Dunedin office yesterday morning for a meeting about the problem, along with Aramoana Conservation Trust chairman Bradley Curnow and Otago Botanical Society chairman David Little.

Miss Ledingham said Doc had collaborated with community groups over the years on a series of projects designed to stop people from driving on the marsh, but they had thus far been unsuccessful.

''At the weekend ... not only were people driving round and round on the salt marsh, someone had driven through some of the very special vegetation around the salt marsh.''

She thought erecting locked gates was ''the only alternative'' and said the Doc staff she spoke to yesterday ''were feeling the same way''.

''Things have got to the point where it's necessary,'' she said.

Doc conservation partnerships manager Mike Morrison, who was one of two staff members at the meeting with Miss Ledingham and the others yesterday, said locked gates was ''an option we are considering''.

''We've relocated the road, we've put a car park in, we've revisited all the signs.

''We've tried everything we can do.''

Mr Morrison said the situation was ''disappointing'' and Doc would have to talk to the local community about what to do next.

''We have to undertake that as well,'' he said.

''That would brass them off, if we just jumped. We're well aware of the mix of interested parties out there and we don't tend to make quick decisions; we try to make considered decisions out there.''

He thought it was just ''a handful of people'' who were causing the problem, but the problem had to be addressed nonetheless.

Aramoana League secretary John Davis has also been meeting Doc about the issue, and said he had ''reservations'' about closing off the marsh with a locked gate.

He was not happy to hear about the meeting at Doc's Dunedin office yesterday.

''I'm surprised that they've met without me,'' he said.

''After all this time and after all the effort that's been put in.''

He declined to comment further without first talking to Mr Morrison and the other community leaders about the situation.