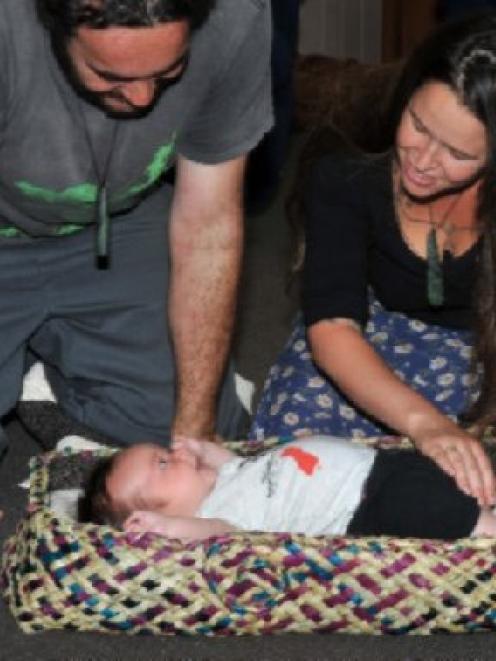 Mr Gell, of Auckland, said about 65 babies younger than 1 died in New Zealand each year from sudden unexpected death in infancy (SUDI).

SUDI, also known as SIDS (sudden infant death syndrome) and cot death, is defined as the sudden and unexplained death of an infant during sleep, including deaths from unintentional suffocation.

About 60% of the deaths are Maori babies.

Bed-sharing and poverty were contributing factor to the deaths and the babies of mothers under the age of 25 were most at risk.

Although the rates were lower in Otago and Southland than most of New Zealand, the ''safe sleep'' message needed promotion, Mr Gell said.

Northland had the highest rate of 2.3 deaths per 1000 births.

An intervention measure 20 years ago of promoting babies sleeping on their backs had saved 3000 babies' lives, he said.

To reduce the death rate further, babies needed to sleep in their own beds and be in a smoke-free environment.

Mothers who smoked during pregnancy posed a greater risk, because babies became accustomed to being deprived of oxygen, which slowed their reaction time in a compromised position.

About half of Maori women smoked during pregnancy, compared with about 20% European women, he said.

to promote ''Safe Sleep Day'' which highlights the importance of a baby sleeping in its own cot or bed.

A smoke-free pregnancy and environment would be promoted and information on ways to change habits would be available, she said.

''We want to promote that whanau have opportunities to seek help if they want to give up smoking, drinking and drugging.''

Protecting baby
These six conditions help protect babies from sudden unexpected death in infancy (SUDI).
- A smoke-free pregnancy and household.
- On their back for sleeping.
- Breast-feeding your baby.
- When asleep, a clear face and head free from hazards that can lead to suffocation.
- Sleeping with baby in your room for the first 6 months.
- Ensuring your baby sleeps in its own bed.
Source: Plunket