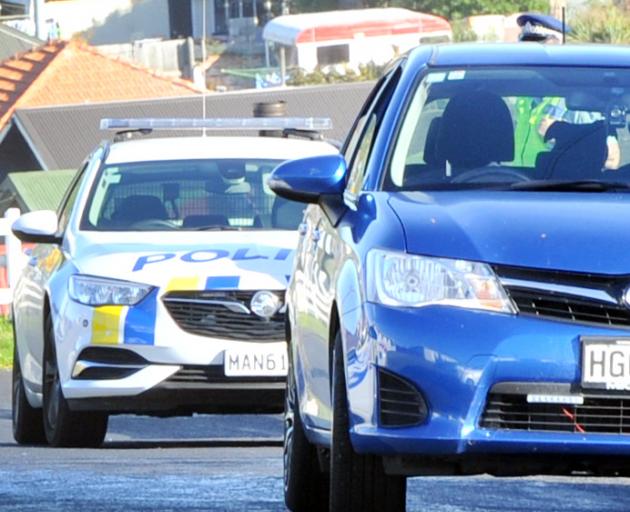 The silhouette of a dog that killed a cat in Dunedin can be seen in this car. Photo: Christine O'Connor
A Dunedin dog which ripped apart a cat in a matter of minutes this week has been classified as menacing but remains with its owner.

It has also been revealed the Staffordshire bull terrier was on a lead prior to the attack.

The Tuesday morning killing in Dundonald St, Tainui, left the cat's owner in tears and blood and fur on the pavement.

A shocked neighbour said at the time he feared for the safety of his children as the cat was ''ripped apart'', as police swarmed the usually quiet suburban street and spoke with the distraught owner and her mother.

Dunedin City Council compliance, animal and parking services team leader Peter Hanlin said the investigation was ongoing but the dog had been classified as menacing.

''While investigations continue the dog remains with its owner and the classification means it must be muzzled while in public.''

The dog was on a lead at the time and had no history of behavioural issues, and his staff had spoken to the owners of both dog and cat, he said.

''We will also look at other factors, including the circumstances of the incident and the history of the dog and its owner.''

Mr Hanlin said the dog, described by neighbours as resembling a pit bull, was a Staffordshire bull terrier.