A "cello choir’’ of 16 Cellists of Otago players will join organists and City Choir Dunedin for Norma’s Big Birthday Bash on Sunday afternoon at Dunedin Town Hall. PHOTO: PIETER DU PLESSIS
The extraordinary adaptability of Norma, the Dunedin Town Hall organ, will be highlighted in this weekend's celebration of the giant instrument's 100th birthday. 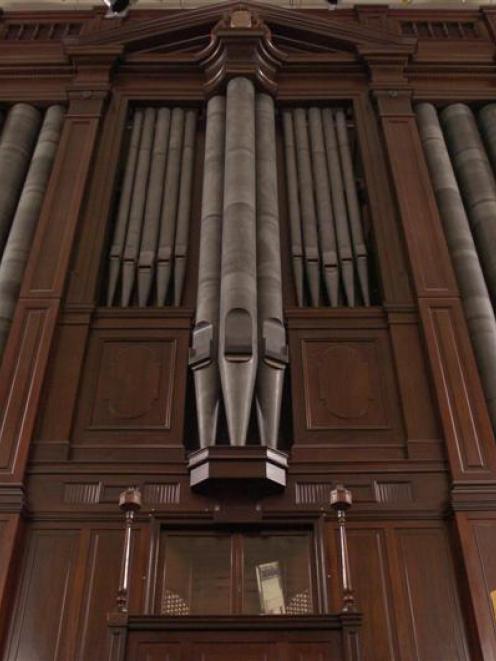 "We wanted the concert to showcase that Norma is not only a solo instrument, she also works beautifully with other instruments and choirs,'' Burchell said.

Norma's Big Birthday Bash will feature a variety of popular classical favourites, with those including organ, cello, and choir arranged by Burchell himself.

"We are really looking forward to hearing the effect of 16 cellos and organ together,'' du Plessis said.

Highlights will include the Adagio from Saint-Saens' 'Organ' Symphony, the Pilgrim's Chorus from Wagner's Tannhauser, Albinoni's Adagio, and excerpts from Faure's Requiem and Elgar's Enigma Variations.

Norma's life began in the United Kingdom, in 1919, as the "Bathurst Mammoth Cathedral Organ'' - a travelling instrument.

The organ was later installed in Wembley Stadium for the 1924-5 British Empire Exhibition, and was subsequently bought for the new Dunedin Town Hall in 1929.

The birthday bash will be the culmination of a big weekend for Cellists of Otago, who are hosting a CellOtago Retreat from Thursday until today.

• Tickets for Norma's Big Birthday Bash are available through Ticketmaster.