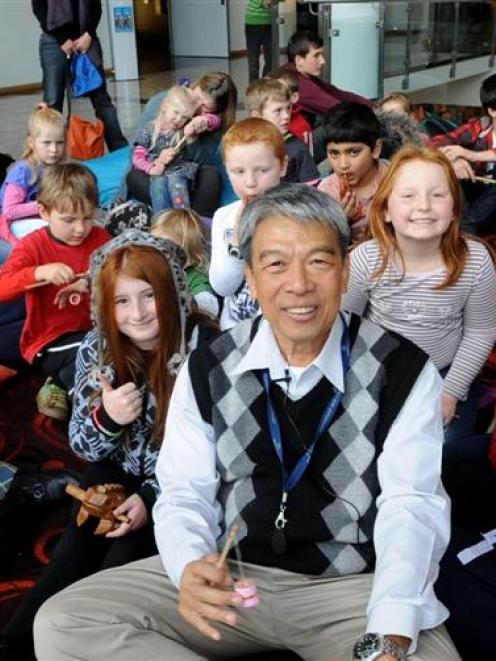 He has been in Dunedin this week, running one-man science entertainment shows twice a day at the Otago Museum, during the school holidays.

He was well known in international science centre circles for his "engaging and innovative science shows", reflecting a warm-hearted and humorous approach, museum organisers said.

One interactive show at the Otago Museum each day, called Bedazzling Contraptions, has involved a series of unusual devices. His other show, Mind-boggling Melodies, uses quirky musical instruments, mostly made from everyday things such as paper cups and strings.

During one of his shows this week, about 60 children excitedly used an array of improvised instruments to create a mass of exotic noises, suggesting a jungle swarming with animals.

It was important for the future that young people took more interest in science, he said.

The National Science Museum of Thailand, situated near the Thai capital, Bangkok, was one of three closely linked museums which together attracted 1.2 million visitors a year.

Dunedin organisers said his visit was the "highly anticipated first outcome" of a recently signed memorandum of understanding about collaboration between the Otago Museum and the Thai institution.