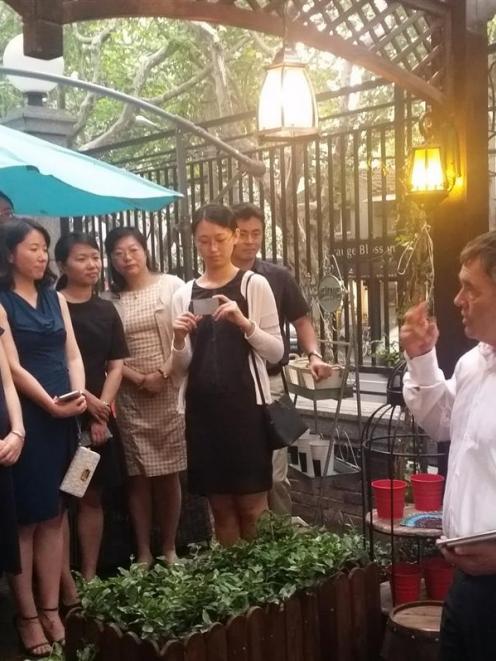 Mr Cull returned on Sunday from a two week trip to four Chinese cities, where Dunedin was promoted as an education and tourist hub.

In Xiamen, Mr Cull joined 11 other New Zealand mayors in making presentations to 13 mayors from around China at the inaugural New Zealand China Mayoral Forum.

Mr Cull spoke about educational links between the two countries, and told the Otago Daily Times yesterday the Chinese mayors had been left ''in no doubt'' Dunedin was the hub of educational expertise in New Zealand.

In Beijing, the delegation discussed education opportunities with officials and also visited NHNZ's office in the city.

In Shanghai, meetings included the city's mayor and chamber of commerce, before a shift to Qingyuan brought more meetings focused on education and tourism opportunities.

It was likely Dunedin would host more Chinese students - from primary to tertiary - as a result of the trip and the ''platform'' it helped build, he said.

''I think in every case we got significant outcomes from the meetings we participated in.''

Tourism increases were also expected, while links to Chinese businesses were enhanced in an effort to help Dunedin firms wanting to buy or sell in the China market, he said.

Mr Cull said the trip was ''one of the most constructive'' he had been on. It had led to more opportunities being identified than expected, while the Dunedin delegation had been ''incredibly well received'' wherever it went.

Dunedin had built a respectful, reciprocal relationship with China, he said, and that had laid a platform the city's businesses and institutions now needed to use.

While Dunedin could expect to see increased numbers of Chinese visitors to the city, it was up to private enterprise and educational institutions to make use of the connections and relationships to increase education and business opportunities, he said.

Any businesses or institutions wanting to investigate how they could springboard off the city's Chinese connections were encouraged to contact Enterprise Dunedin.