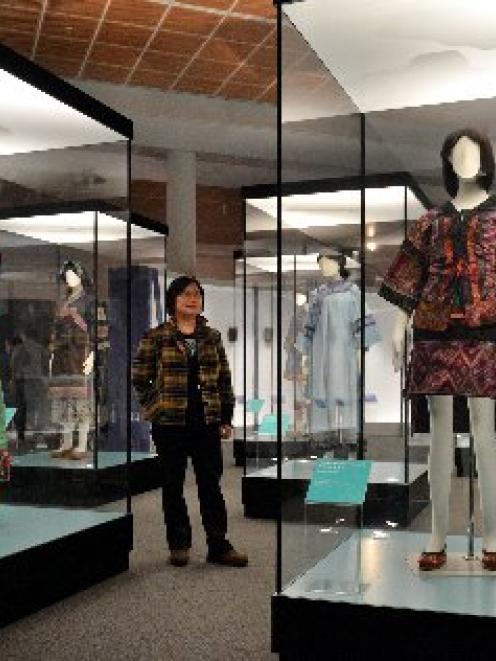 The show's opening at the Otago Museum will be marked by cultural activities, music and performances. Otago Museum staff and three officials from the Shanghai Museum, in Dunedin's Chinese sister city, were yesterday continuing their collaborative work to install the exhibition.

One of those officials, exhibition curator Prof Bao Yanli, chief of the Shanghai Museum arts and crafts department, selected the 72 artefacts being displayed from a gallery devoted to China's minorities.

Prof Bao, who has worked at the Chinese museum for 30 years, said yesterday staff had been dreaming for 60 years of staging an overseas exhibition of this material.

Included in the exhibition are costumes, ornaments and religious items. Among the exhibits are a suit made of salmon skin and a horse-head fiddle from Mongolia.

This is the third exchange exhibition between the two museums: ''The Emperor's Dragons'' was staged at the Otago Museum in 2008 and ''Te Ao Maori: Maori Treasures from the Otago Museum'' was shown in Shanghai in 2011.

Otago Museum director, collections, research and experience, Clare Wilson said the museum could not have afforded to host the latestexhibition if full commercial rates had been charged.

The show was of ''exceptional calibre'' and its appearance was an ''amazing opportunity''. Entry to the exhibition is free. It runs until September 28.