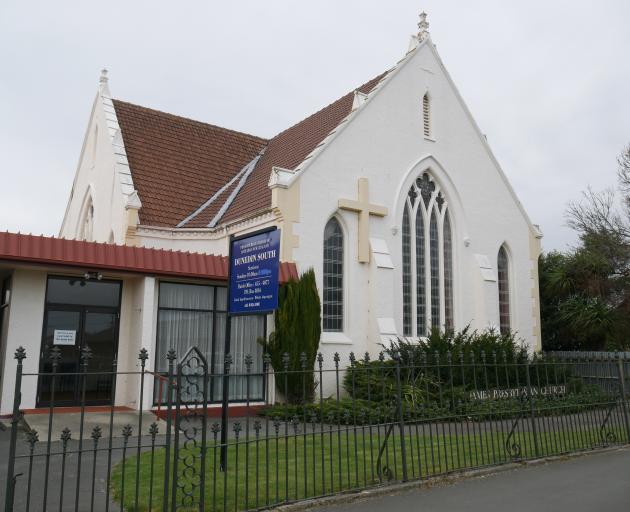 "We don't yet know the exact date, but expect it to be sometime in late October,'' said Keith Pheasant, spokesman for the South Dunedin Presbyterian Parish, which owns the building.

"We understand that there are people who feel upset at the decision to demolish the building, which has been a focal point in the community for more than a century,'' Mr Pheasant said.

"It will be missed by many in the community, including us.

"It has been the home of many generations of Presbyterians and has seen countless weddings, funerals and other ceremonies within its walls, but the reality is that the building is no longer safe to use.''

The old church will be replaced with a 120-seat chapel on the King Edward St site and work will begin next year.

"The chapel will be situated close to the proposed South Dunedin Hub and will be available for local events,'' Mr Pheasant said.

"The building of a chapel signifies our commitment to having a continued presence in this community and we are looking forward to playing our part in building a progressive South Dunedin community.''

Plans to demolish the Highgate Presbyterian church, first mooted in 2016, have been put on hold pending the outcome of an appeal.

"No developments are possible until that has been resolved,'' the Rev Alan Judge, executive officer of Southern Presbytery, said.

The Presbytery is the body which has oversight of all Presbyterian and co-operating/union parishes in Otago and Southland, including property development.

Advise when deconsecration service will be held.