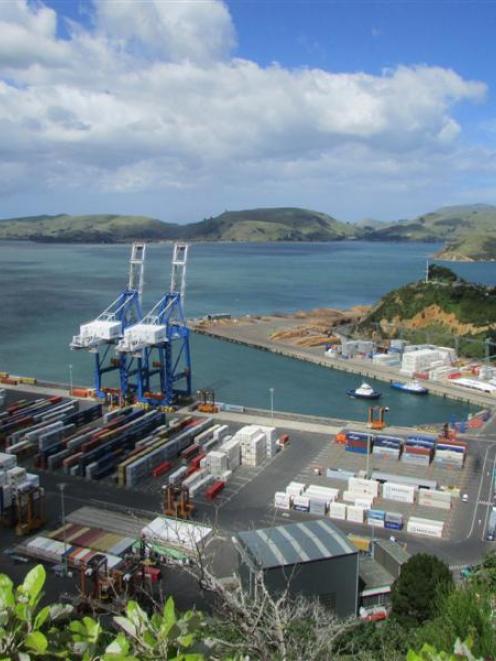 Port Otago's deep-water harbour is an advantage touted by local business leaders attempting to court fossil fuel giants but Invercargill's SouthPort has commissioned a study comparing the two ports as part of its bid. Photo by Brenda Harwood.
Dunedin and Invercargill have both been courting big oil companies in recent years for the chance of a billion-dollar bonanza from potential gas deposits in the Great South Basin. The Star looks at both centres to see who might win the ultimate prize - the base for southern gas drilling.

Insiders believe Dunedin's proximity to promising gas fields in the Great South Basin should see it become a base for any largescale production - but it is not a done deal yet.

Further south, the Southland Energy Consortium of 193 companies has been focused on the issue for the past seven years, with some even taking on work off-shore to gain experience.

Shell New Zealand chairman Rob Jager said no decision had been made on where to set up a base should exploration - scheduled to take place in two years - lead to full production.

Anadarko will use Dunedin as a base during its exploration, which begins in a few weeks but, if exploration is successful, full production will not begin for five to 10 years.

Venture Southland manager Steve Canny said distance was a major factor in choosing a base but not the only one.

He said if the best gas deposits were found at the southern end of the prospecting area, Invercargill could make a more economic base.

Southland had a port with generous ''lay off'' facilities (space for long-term storage), the third longest airport runway in the country, quality accommodation and a co-ordinated manufacturing sector, Mr Canny said.

He said many Southland companies had been getting involved in oil and gas projects in Taranaki and overseas to gain the skills to support the industry in the south.

SouthPort New Zealand in Bluff has been pushing its case strongly with the oil and gas companies, highlighting its modern facilities and ''lay-off'' space for the massive quantity of gear required.

South Port NZ chief executive Mark O'Connor confirmed a study comparing South Port with Port Otago had been done by the consortium but he would not provide it to The Star.

''We would rather promote those advantages directly to the exploration parties.''

Mr Canny said a gas industry in the lower south would benefit both regions and it was important local engineers and support industries were up to speed on what was required.

''It doesn't matter how aware of the opportunity they are it won't exist unless they have certification and skills that are necessary.''

Mr Jager said Taranaki's economy had increased 46.9% between 2007 and 2010, largely due to oil and gas production.

He said Shell and Anadarko had done their homework and were ''well aware of the capability that exists in Dunedin and Invercargill''.

''Generally speaking they will go to the port that is the most economic.''

The DCC development unit, local businesses and the port had done a lot of work determining the requirements of the large drilling companies.

''When was the last time we had an opportunity like this in the city?'' Mr Adamson said.

Port Otago commercial manager Peter Brown said Port Otago was the deepest container port in the country and could easily cater for the ships used in the oil and gas sector.

The port had more than 20ha of lay-off space and had identified areas that could be used for storage by an off-shore gas industry.

Mayor Dave Cull said the DCC had been preparing for oil and gas exploration for as long as Invercargill but there were still a lot of unknowns.

Re-zoning harbourside areas had been scaled back to make sure there was enough space for the energy companies to set up there if required.

''What Shell particularly have said - they were at pains to say - don't go making any plans or expecting any big changes or booms for a while,'' he said.

He said it would not be wise of any council to invest large amounts of money without knowing what was needed and where.

He did not want to get into an ''us-against-them type of situation'' because both regions would benefit from the industry.