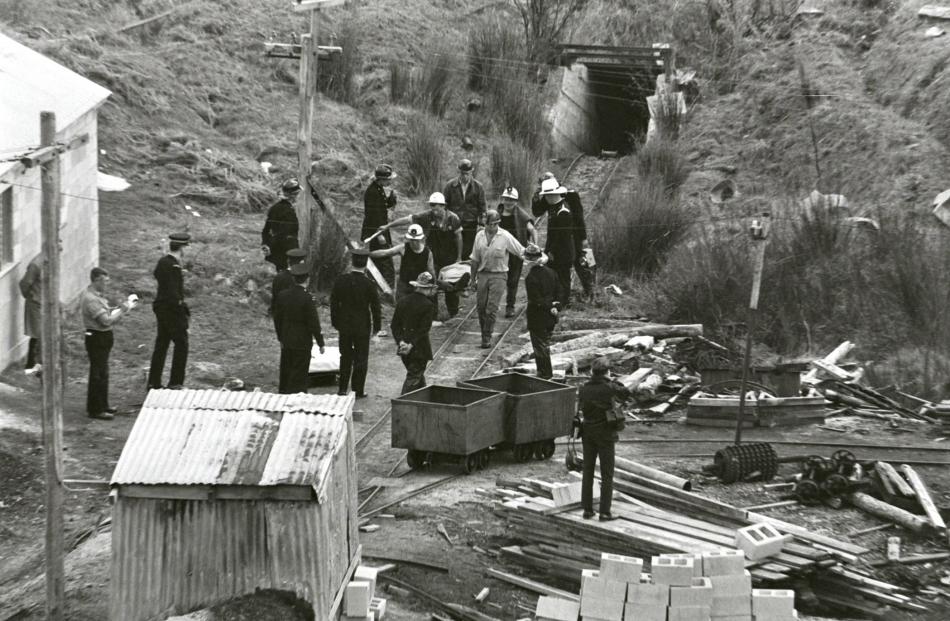 A sad moment as miners bring the body of Mervyn Thomas out of the mine where a fall of rock and rubble had killed two men. Photo: ODT archives 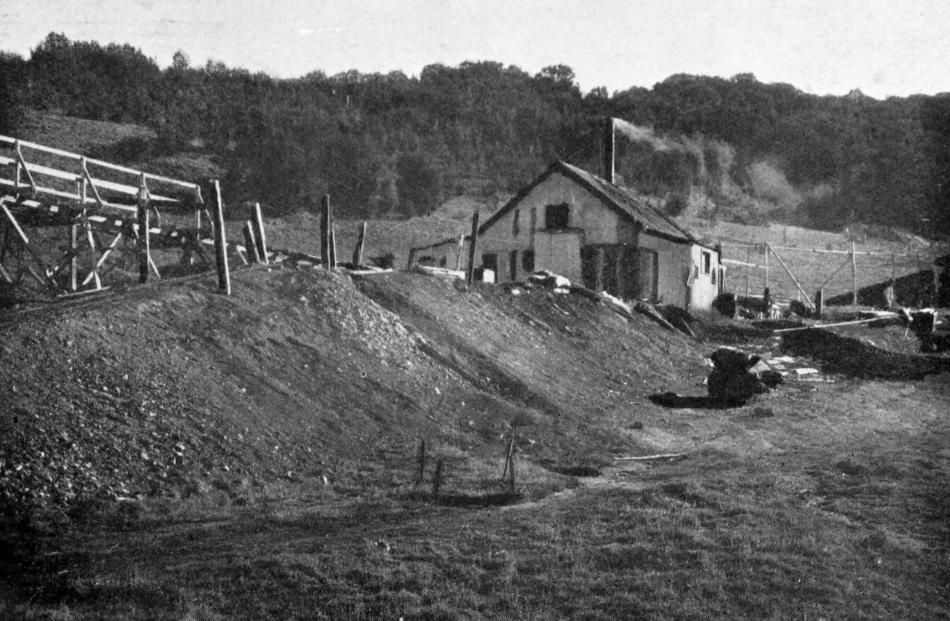 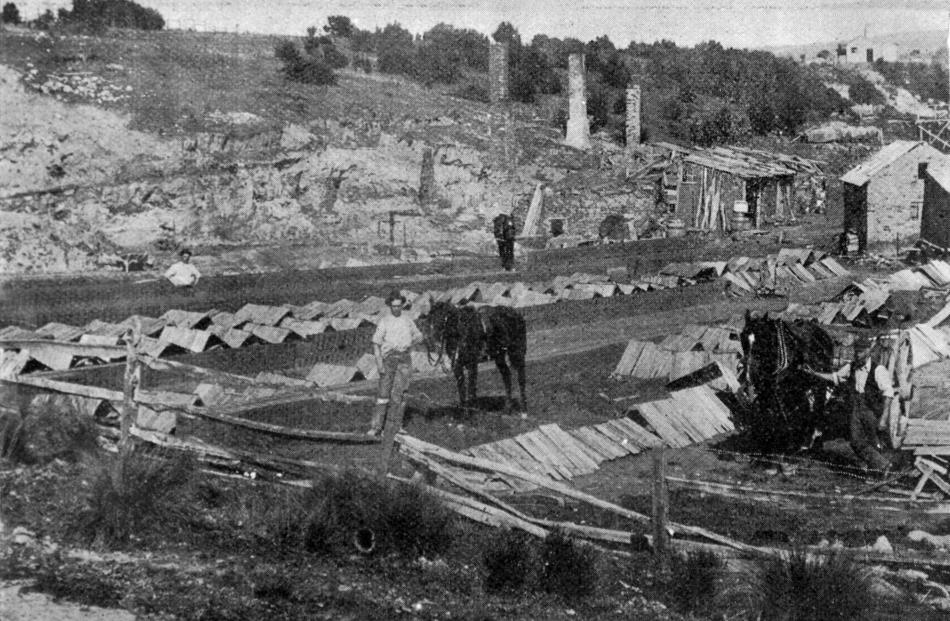 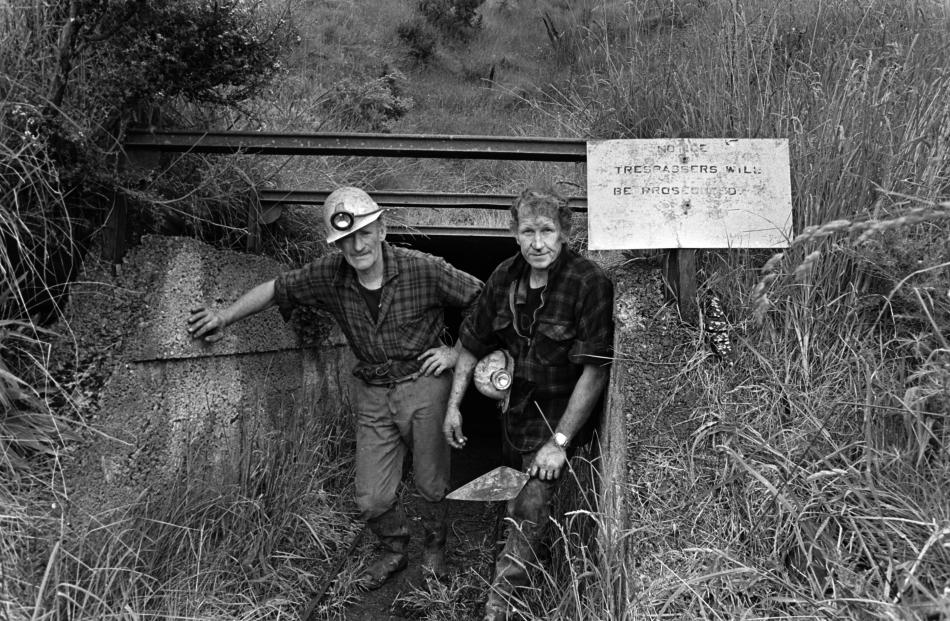 The last coal mine in the Dunedin area closed on Friday Leaving the Brighton mine are Snow Buchan, who has been mining for 40 years and Doug Bowkett. The Brighton mine serviced many big industries in its time and in its heyday up to 10 men extracted 70... 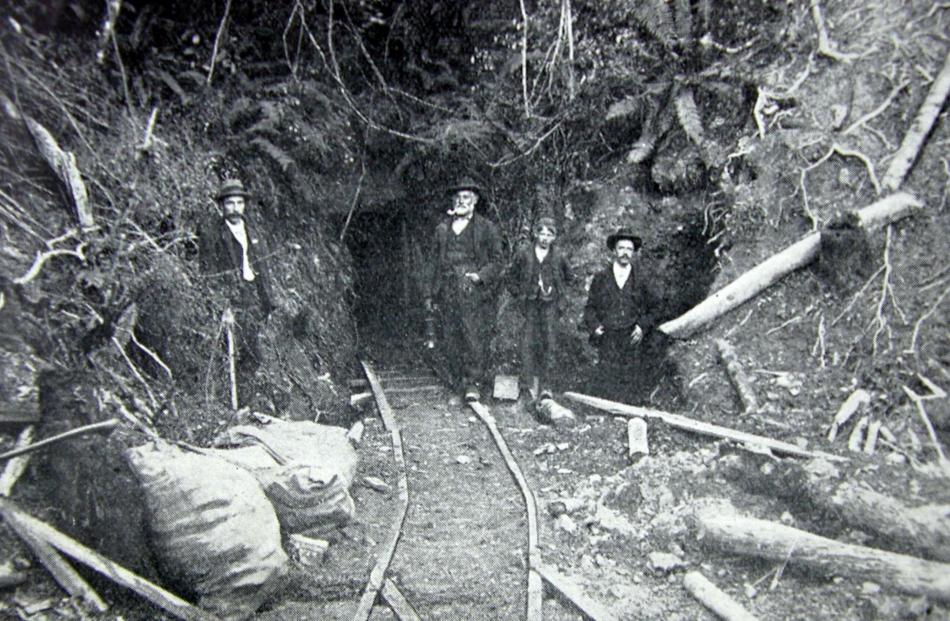 It was difficult work in dangerous conditions, but it kept the lights burning.

Coal mining in Dunedin dates back to 1849, when a small operation on Saddle Hill became the country’s first.

Other small operations soon sprang up, most "mere holes in the ground, employing a handful of people", according to Te Ara: The Encyclopedia of New Zealand.

Mining spread to Green Island in 1861, providing fuel for domestic heating, industry and transportation in Dunedin.

Miners would dig shafts or tunnels into coal seams from the surface, using a "board and pillar" method — leaving walls of coal and wooden roof planks to support the ceiling as they worked further underground.

Picks, shovels and explosives were the early tools, while miners also hauled coal to the surface in wagons, pumped out water and maintained ventilation, often in "appalling" conditions.

They faced the risk of death or injury from accidents, rock falls or methane gas explosions, including in Dunedin.

At the Walton Park mine, the Otago Witness reported one miner’s death in in a shaft accident in 1897, while another miner suffered a "severe" fracture to his right arm, hand and wrist in an explosion in the Jubilee mine in 1925.

"From a wage-earning point of view, practically this hand is useless and I think this disability will be final," a doctor wrote.

In 1919, the Evening Star reported Green Island miners objecting to "conditions as they exist in these mines at the present time" had gone on strike, in a dispute which dragged on for weeks.

In 1969, two men were killed by a rockfall deep underground at the Fernhill mine near Brighton.

It took rescuers seven hours to recover their bodies, as further falls made ‘‘every inch of the searchers’ digging treacherous’’, the ODT reported.

The daughter of another miner, Tommy Dodds, also recalled her father working at a Green Island coal mine, as well as sometimes venturing down into the mine with him.

"Tommy’s job was to blow the face of the coal seam. This was done manually by first hand drilling a hole in the coal face and then inserting a stick of gelignite with a fuse attached to it.

"When the fuse was lit the miner had to run like heck to get out of the mine before the explosion went off.

"When all had settled down the loose coal was shovelled into a cart on rails that was manually pushed out of the mine."

Mr Dodds worked at other mines in Brighton and Fairfield, but later developed a cough which "often woke the family and our mother at night".

"He died at the age of 81, which was remarkable as he had abused his body with very hazardous and dangerous work."