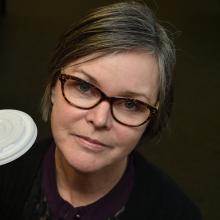 Catherine Irvine.
A Dunedin City Council staff member has admitted being incorrect when she said coffee cup lids being sold as compostable could not be composted in New Zealand.

Council waste manager Catherine Irvine said the polylactide (PLA) disposable coffee cup lids still presented as an issue as there were no facilities in Dunedin and many other parts of New Zealand where they could be composted.

However, her claim no facilities in New Zealand could compost them was incorrect and since a report in the Otago Daily Times on Saturday, she had been contacted by Wellington City Council saying it had a contractor which had begun composting the lids using a special additive.

It said a study conducted last year showed there were 14 commercial facilities which are or could become capable of composting clear and crystallised PLA, the types of material most commonly used in compostable cups and lids.

Communications manager Lyn Mayes said the forum had established a working group to review the cups and lids on the market and to provide guidance for consumers about how to dispose of them.

''As the market has moved to compostable cups, recyclers say they cannot accept coffee cups for recycling because consumers don't know which cups are paper and which have a PLA, bio plastic or plastic liner.''

Ms Irvine said she was pleased she raised the issue, because despite recent progress there was still ''a long way to go'' when it came to how coffee cup lids were disposed of.

It was too early to say when a facility capable of composting PLA cup lids might start operating in Dunedin.

A special additive in Wellington? Blimey, that's handy. Bundle all lids and post them.