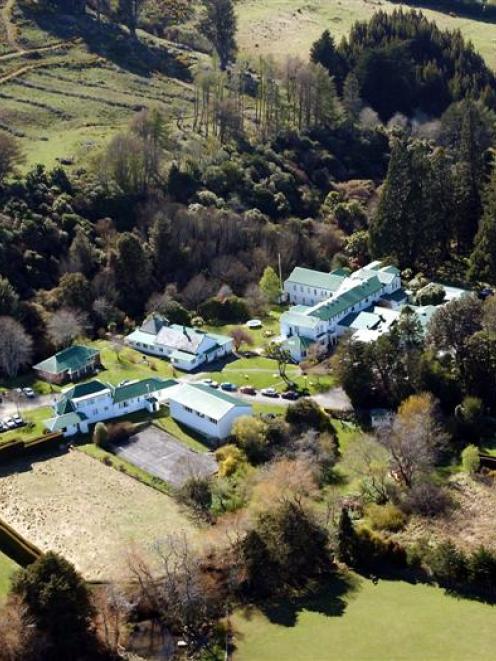 An aerial view of Ashburn Clinic, in Halfway Bush, Dunedin. Photo by Stephen Jaquiery.
Ashburn Clinic, in Dunedin, is relying on the Ministry of Health to save the financially strapped private psychiatric hospital.

A crisis meeting with the ministry will be held in Dunedin next week.

Bruce Smaill, whose 35-year tenure as chairman drew to a close this week, initially said yesterday the clinic might have to close next month.

He contacted the Otago Daily Times late yesterday to say he was becoming more confident about the hospital's future, because of positive indications about the ministry's attitude.

About 60 people, a mixture of full-time and part-time staff, work at the clinic.

New chairman Lindsay Brown, elected at Monday's annual meeting, said yesterday he was optimistic and, without prejudging the meeting, he expected to find a long-term solution to the hospital's periodic funding issues.

The former deputy chairman said the position Ashburn found itself in was not dissimilar to other difficult times, and it always pulled through.

Mr Smaill said when contacted yesterday morning that, while the private psychiatric hospital had struggled financially in recent years, it had been surviving through cutbacks and public sector referrals.

Private patient numbers had collapsed in the past couple of months, while the hoped-for increase in referrals from the public sector had not happened.

The ministry must decide whether it would support the private facility as an alternative service for some public sector health patients, Mr Smaill said.

''It'll be a terrible loss for Dunedin if it had to close. Not only because of how long it's been around, but because it does a really good job.''

Private, fee-paying patients had dropped from about nine, to two, in the past couple of months, while the clinic had about 30 publicly funded patients.

Positioning itself as a fallback for the public sector made sense given Ashburn's per-bed cost was less than public hospitals.

''[Closure would] be a tremendous blow for the treatment of mental health. The treatment people get ... is very individual ... and it is delivered by such high-quality people.''

The shortage of fee-paying patients reflected a lack of money for private psychiatric care. Mr Smaill will be farewelled at a function at Ashburn today.

''I am personally terribly disappointed that this development has occurred after I'd given three months' notice of my intention to retire ... because although we've never been terribly flush for five or six years, we've battled our way on ... ''

It has carved out a niche role with an emphasis on group talking therapy, art, music, sport and encouraging patients in tasks such as cleaning and cooking.

The Ministry of Health said it could not answer the Otago Daily Times' questions about the situation yesterday, but would do so today. 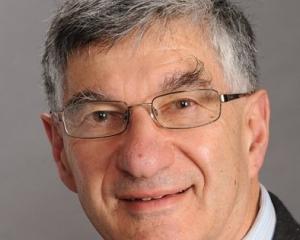 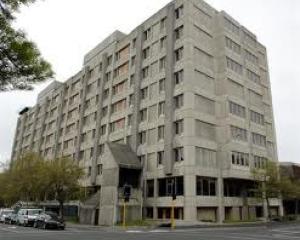 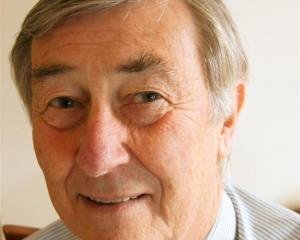