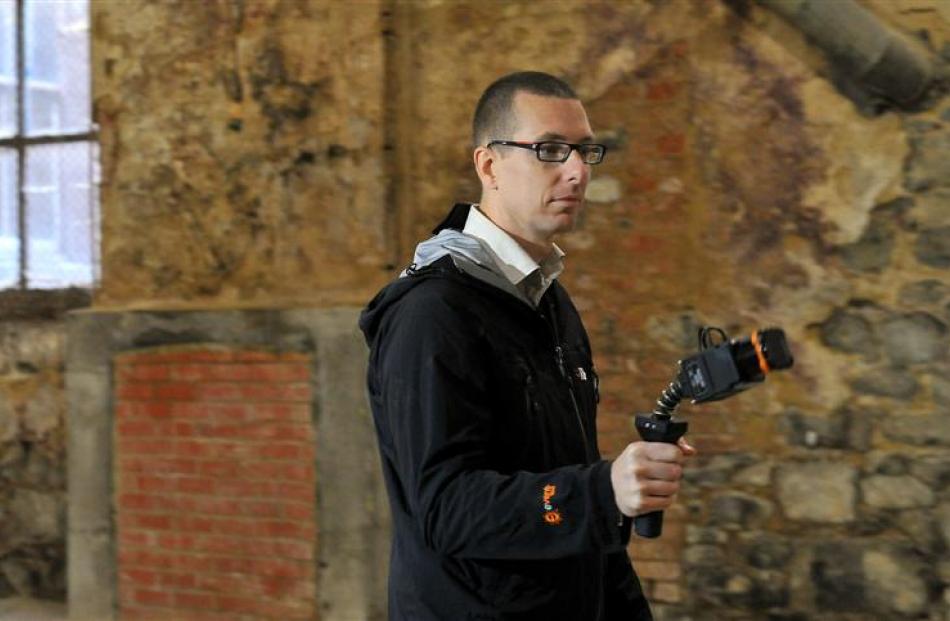 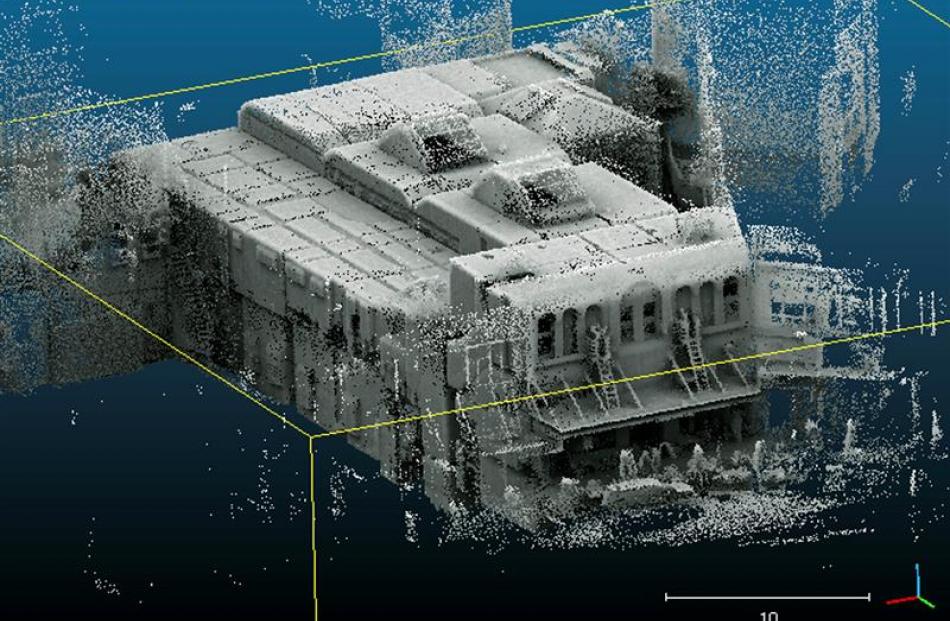 The 3-D laser-mapped model of the athenaeum building. Image by 3-D Laser Mapping.

New technology was used in Dunedin yesterday to solve the old problem of how to see through walls.

A 3-D laser scanner was used yesterday for the first time in New Zealand to assess the athenaeum building for earthquake-strengthening work.

''There were all these horror stories about the athenaeum, so we wanted to find out how thick and strong the walls are,'' building owner Lawrie Forbes said.

''But there are five separate buildings and they were all completed at different stages. The laser scanner takes away the biggest problem to engineers and architects, which is getting accurate wall thicknesses.

''The DCC did an IEP [initial earthquake protection] on it which showed a rating of 23%. But, that was just a drive-by rating and it wasn't accurate. The whole idea of this exercise is to get an accurate rating. If it is above 33%, we can instantly inhabit it.''

Information from the scanner will be used to construct a 3-D model of the building, which is being developed into the Dunedin Arts Hub in the athenaeum.

''We don't want to interfere with the fabric of the building. The idea is minimal intervention. We want to make it multi-use, so everything is going to be pop-up.''

''I wouldn't like to put a figure on how much it would cost for an engineer to measure the athenaeum, but it would easily be $10,000 plus and it would take weeks to do.''

Iain Bramwell, general manager of 3-D Laser Mapping in Perth, recorded the measurements with the hand-held scanner in 45 minutes yesterday.

''This is the first time it's been used in New Zealand. It's only been on the market for about a month and-a-half,'' he said.

''It's accurate to 20mm to 30mm, maintained over the whole data set. It was developed for use in underground mining, building surveying and forestry, but it works in all environments.

"There could be an opportunity here in New Zealand for assessing buildings for earthquake strengthening. It could be a big market.''

A demonstration was also held for 30 Dunedin architects, engineers and surveyors yesterday.