By Jono Edwards
0 Comments
The interior is not the only thing at Hayward College getting a spruce-up, as a contractor gives colleague’s beards and locks much-needed trims.

Workers refurbishing the University of Otago building have slogged through up to seven-day weeks and 14-hour days to cram a $11 million project into 12 weeks.

With so little spare time, haircuts have been at the bottom of their lists of priorities.

Contractor and barber Joel Taniora thought he would make the most of his other skill and offer stylings for his hirsute colleagues. 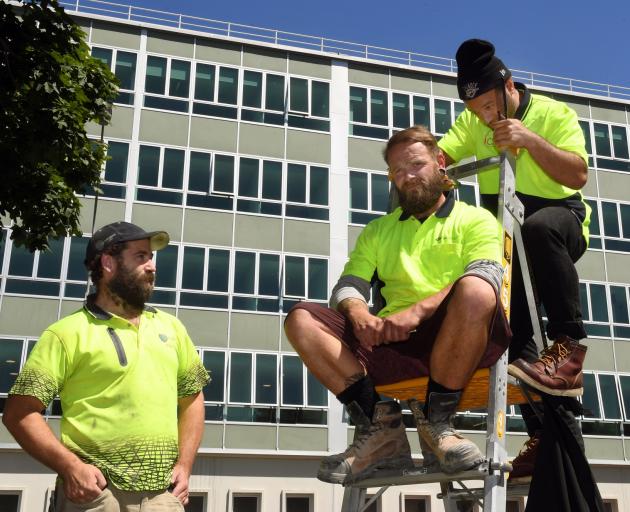 Hayward College contractors Todd Hendry (left) and Nathan Hastie get a cut from the Gib-fixing barber Joel Taniora, on a work break yesterday. Photos: Stephen Jaquiery
Initially he did this in his spare time, but was eventually allowed to use work hours to tidy up the team, he said.

"It became the myth and legend of the Gib fixer who’s a barber."

Mr Taniora began on the project in early  December and started gravitating towards the scruffy "tradie" look. 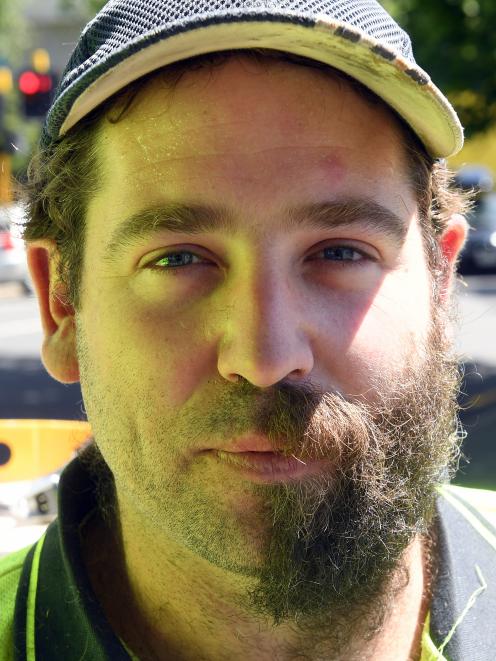 "But it didn’t last long. It got to that real itchy stage."

Worker Nathan Hastie, of Auckland, was one of the recipients of a trim yesterday.

He felt "scruffy every day", he said.

"You’re two different people — who you are at work and when you go home and have a shower."

Project manager Sam Cadden said the cuts were one of the ways management was giving back to the workers.

"We’re now as good as finished the project. We thought it would be fun to clean up not only the building site, but the lads as well.

"At breakfast there was one queue for haircuts and one for breakfast."

The 600 inducted workers for the project put in "massive hours", he said.

Mr Taniora had probably cut the hair of all 50 Icon-employed workers at least once, including about 10 yesterday alone.

The site is set to open on February 15.