The 46-bed facility is the first stage of a boarding village development to be constructed on the school site in Highgate.

‘‘We wanted to do something different and better, and more suited for the 21st-century boarder,’’ she said. 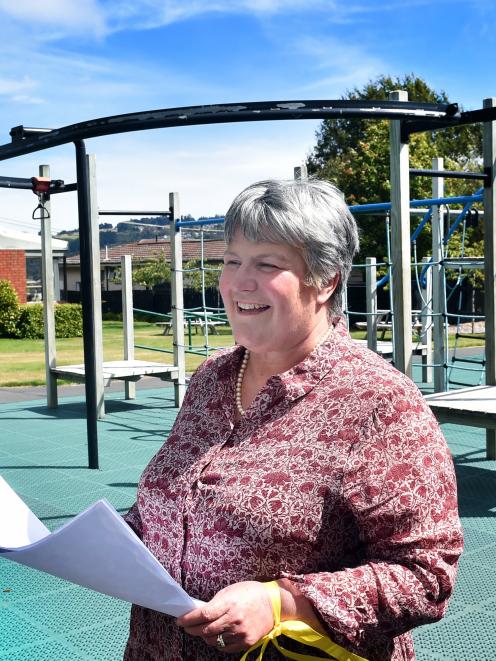 Columba College principal Pauline Duthie at the site of a new boarding facility development at the school. Construction will start around June. PHOTO: PETER MCINTOSH
The school has two boarding facilities, Katharine Buchan House and Bishopscourt.

Bishopscourt was being refurbished, and would remain a boarding house, Mrs Duthie said. Senior boarders at Katharine Buchan House would move into the new development once it opened.

That would free up space at Katharine Buchan House to be developed for teaching and learning spaces, she said.

The new development would be built at the back of the school behind the gym. Some existing buildings, including the year 13 house and the international student house, would be relocated, as would a playground.

The construction site would be fenced off and was not expected to cause any disruption to the rest of the school site.

The development was going out for tender. The cost was unknown, but she believed it would be several million dollars, Mrs Duthie said.

Construction was set to begin around June, and it was hoped the facility would be open in October next year.

‘‘It is such exciting times — it’s wonderful for the school.’’

One can get a respectable education with dirt floors. Chasing ephemeral educational glory through draining parents pockets might be considered, foolish.