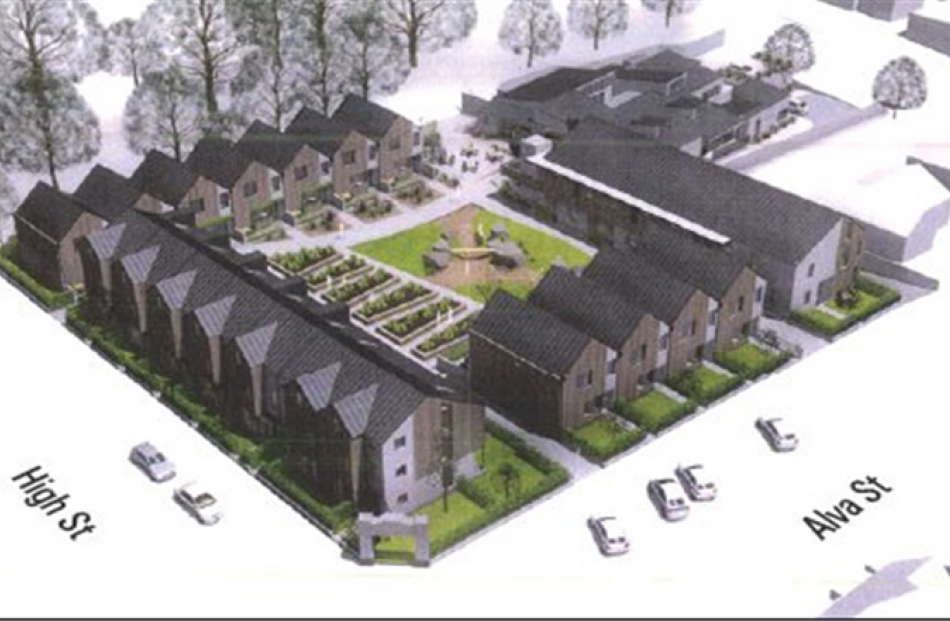 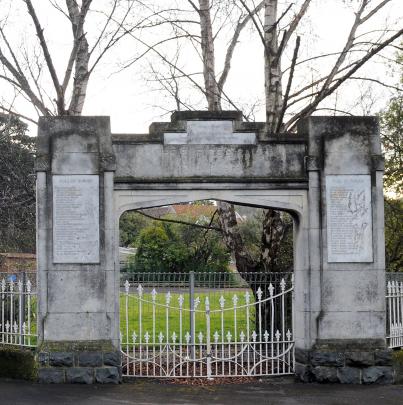 The historic High Street School war memorial gates and railing, which will be retained in the design. Photo by Craig Baxter.

A pioneer communal housing development planned for the former High Street School site will have to negotiate the resource consent process, after its design was ruled non-complying.

The Dunedin City Council has called for public submissions on Urban Cohousing Otepoti Ltd's consent application for 26 two-storey and three-storey residential units on the site, which is bordered by High, Alva and Montpellier Sts, in Mornington.

The plans show a project built close to High St, with 18 on-site car parks, and with the war memorial entranceway kept.

Units would be privately owned and on individual titles, with residents sharing in the use of communal buildings and outdoor areas and co-operatively managing the site.

The development was designed by Dunedin company Architype Ltd, which specialises in the design of buildings with low-energy use.

''The group had bought the 5000sq m site for $800,000 under tender last September, with the intention of building medium-density, terraced houses and re-using the school buildings as common areas for all the house occupants to share.

''We've been meeting twice a week for months now. So far, 10 families have committed, financially, to the project,'' Mr Ross said.

''But it's a complex equation, because you're not just buying your unit, but you're also contributing to communal buildings.''

If consent was granted, it could still be some time before construction started, Mr Ross said.

''It all depends totally on the uptake of selling. It's a risk-averse project, so we won't be going ahead until we know it is financially viable.

''We've been carefully doing our sums as we go along and we're also pushing on things like build quality.''

If viable, construction of some blocks of units could be started before all 26 titles had sold, he said.

''We thought 26 was a good number for a cohousing development. The group doesn't want it to be jam-packed and 26 is not too big and not too small.''

The project had been hastened by changes introduced on July 1, which he said increased development contributions from $250 to $5300 a section.

''That was part of the impetus,'' Mr Ross said.

''Building in New Zealand is pricey.

''The Dunedin building market is very challenging to work in,'' Mr Ross said. He said the co-operative building development idea ''has a lot going for it''.

While a relatively new concept in New Zealand, cohousing communities have been popular in the northern hemisphere since the 1960s.

Existing school buildings, a historic entrance gate and much of the railing would be retained as part of the redevelopment, Mr Ross said.

''It adds character to the site. There's a joy in that culture, heritage and history.''

Though the development was assessed as non-complying, city planning rules allowed for flexibility regarding developments on large sites, city council development manager Anna Johnson has said.

The resource consent process considered the scale of the development, whether the infrastructure could handle it and any effects on neighbours, she said.

Consent is also sought for earthworks which would exceed permitted activity thresholds in the District Plan. Submissions close at 5pm on August 15.