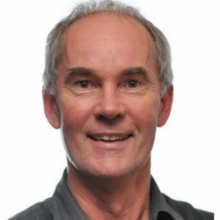 Redundancies are expected at the organisation, which has sites in Dunedin, Invercargill, Timaru, Rangiora and Blenheim.

But its Youth Guarantee programme, which provided NCEA courses, and programmes in retail, hospitality, salon, sport and recreation, equine and customer service for 16-19 year olds, would end in January.

The reasons were varied, from pupils staying in school longer to low unemployment and incentivised trade apprenticeships.

The Youth Guarantee programme had been running at a deficit for several years, except in 2020 when it received a government subsidy due to Covid-19.

"It has become clear to us that continuing to provide Youth Guarantee is not sustainable," he said.

It had considered other options, such as combining with other providers or polytechnics, but that was not viable.

Consultation was held with affected staff in late October and earlier this month.

"We have been struck with the sincerity of concern for students and for each other," he said.

It was at present working through notifications of redundancies.

Staff working in other areas would not be affected by the decision.

The Dunedin site had 22 current students.

Eight of those were due to finish in December, and 14 were due to complete courses in early 2022.

"We have adjusted programmes to provide the best pathway we can for this group and are liaising with other providers to find alternative programmes for them in 2022, where appropriate."

The Invercargill site did not start a new Youth Guarantee programme this year so had no current students.

It did complete two programmes for 19 students who started late in 2020, with the last finishing in August.

Only one tutor remained at that stage and he finished in August, Mr Reid said.

Youth Service mentoring programmes would continue at both sites.