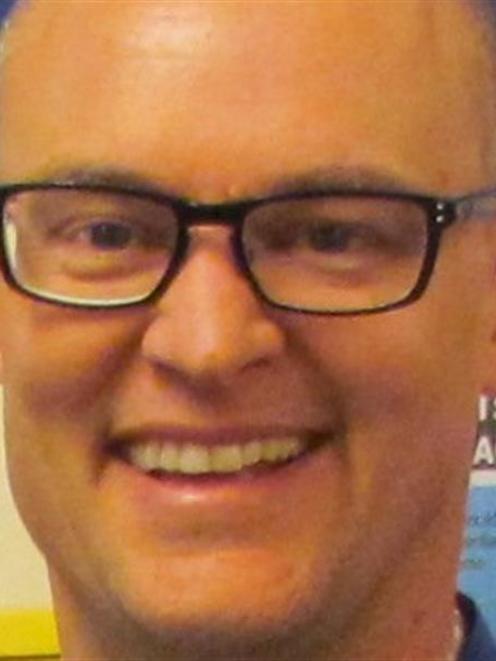 David Clark.
A document revealing the next step in the Dunedin Hospital clinical services rebuild is ''deeply'' concerning and shows there is no guarantee the city will retain the same level of hospital, Dunedin North MP Dr David Clark says.

Released under the Official Information Act, terms of reference for the political appointees tasked with leading the $300 million redevelopment did not say, even in the broadest sense, what kind of building was expected, or when construction would start, Dr Clark said yesterday.

No timeframe is given beyond the strategic assessment, the first stage of the business case.

It will be submitted to the Government late next year.

''It's part of a process where timeframes are slipping and weasel words are being used to make progress sound significant, when a lot of it is wheels spinning.

''There is no description of the nature of the rebuild required, not even references to a tertiary hospital. Does the minister have a completely open mind?

''There's nothing in the document that shows a Government commitment to maintaining the current level of service in Dunedin,'' Dr Clark said.

The Otago Daily Times had to wait a month to receive the terms of reference after the group was announced.

The group was appointed following delays in the project, during which the timeframe for the first business case slipped from 2015 to 2016.

''I would have hoped there would have been a guaranteed minimum standard [of hospital], and I'm suspicious that this is the reason the terms of reference were not released at the time the partnership group was announced, as this would have been the much more newsworthy story,'' Dr Clark said.

The political appointees are not permitted to make ''material financial decisions'' about later stages of the business case without approval to move to the next stage.

• A report looking at whether the existing building could be refurbished.

• Developing a financial model for services.

Some of the work, such as a strategic services plan, has already been carried out by the board.

The board has been preparing for the rebuild for at least the past 16 months.

Last year, the board told the ODT the project was likely to be a new build, rather than refurbishment, but that has never been confirmed.

Yesterday, Health Minister Dr Jonathan Coleman referred questions about the process to the Ministry of Health, which said the partnership group would draw on the pre-existing planning work. Initial funding of $200,000 has been allocated to the group.

Chairman Andrew Blair will receive $1000 for every day he works on the project and group members will get $800 per day.

Three members of the group are from the North Island, and the only local member is Southern District Health Board deputy commissioner Richard Thomson.

''It's nice work if you can get it, isn't it?'' sacked Southern District board member Dr John Chambers said when contacted.

Dr Chambers said Dunedin appeared to be at the ''bottom of the pile'' in health.

''It's all a bit of a sham process. That's what seems to be obvious to me, and to most other people.

''In the meantime, all these people will get paid nice expenses for going to meetings.''

A specialist in the emergency department, Dr Chambers said it was unclear how his department could last the distance before the rebuild.

''The ED needs to be upgraded - but again, that will be seen as throwing good money after bad, because eventually it will be part of the new build.''

Dr Chambers is scornful of earlier suggestions about developing ''models of care'' that keep people out of hospitals.

It was ''just a phrase'' that did not mean anything but could lead to plans for an unrealistically small hospital rebuild, he believed.

''I have no idea what it means - does it mean adding extra types of care or does it mean replacing what we're doing at the moment?''

Dr Chambers was an elected member of the health board.

Members were dismissed earlier this year by Dr Coleman and replaced with a commissioner.