Confidence church can be saved 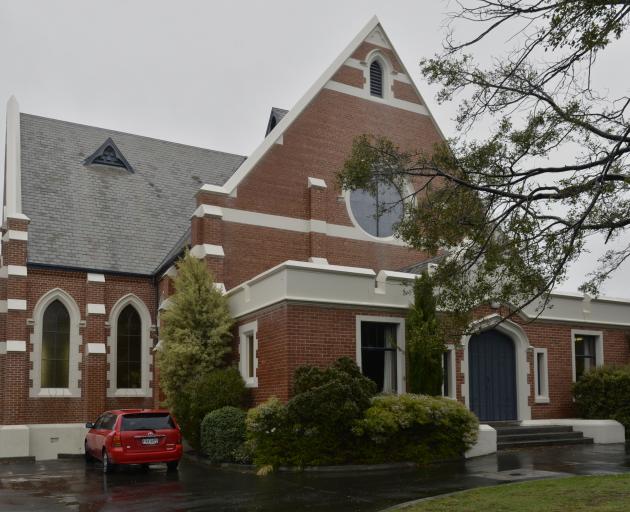 The Highgate Presbyterian Church. Photo: Gerard O'Brien
To demolish, or not to demolish.

The planned demolition of the Dunedin church was halted by Southern Presbytery commissioners Stephen Christensen and Kerry Enright last week, following an appeal by parishioner Tony Borick on October 30.

Mr Borick’s appeal said the decision to demolish the church had been based on "misleading, inaccurate, and incomplete information provided to the congregation by the parish council".

While his concerns were dismissed, the commissioners believed the congregation needed more detailed information, and directed the parish council to obtain a detailed independent engineering evaluation of the building’s structure and an informed estimate of the costs that would be incurred to make the building structurally safe.

The commissioners also directed the parish council to seek the input of experts in heritage restoration and to have these experts attend future meetings to decide the fate of the church building.

Cr Benson-Pope said the DCC was happy to help get an accurate report on the structural status of the building, and to provide funds for part of the restoration of the building.

"The DCC heritage fund had a discussion about the situation at a recent meeting, and certainly the heritage fund committee agreed that it would be prepared to make a contribution — not yet determined in size — to make sure that work happens."

In addition to that, he said DCC heritage adviser Andrea Farminer had done a lot of work with the parties involved, about other options that might be possible for the reuse or reconfiguration of the building, once strengthened.

He said a number of smaller churches in the city had been "tastefully and beautifully" refurbished and used as accommodation.

"That building is of a scale that one end-use might be apartments. That’s the sort of thing it could be turned into if the church don’t want it on an ongoing basis as a place of worship.

"That sort of thing is very doable with these beautiful old buildings."

Cr Benson-Pope said the church was "really important in the street-scape" of Maori Hill, and there was very strong community support for it to stay there.

"We can’t afford, as a city, to lose key iconic buildings like this.

"It would be a great loss if that building were to be demolished."

"I think we should all be very grateful for the objections raised by Mr Borick, the Macknights and council staff."

The parish council now planned to review the commissioners’ recommendations.

Dunedin needs to do all it can to retaim its heritage fabric. Buildings of this age and style are an integral part of the "gothic" identity