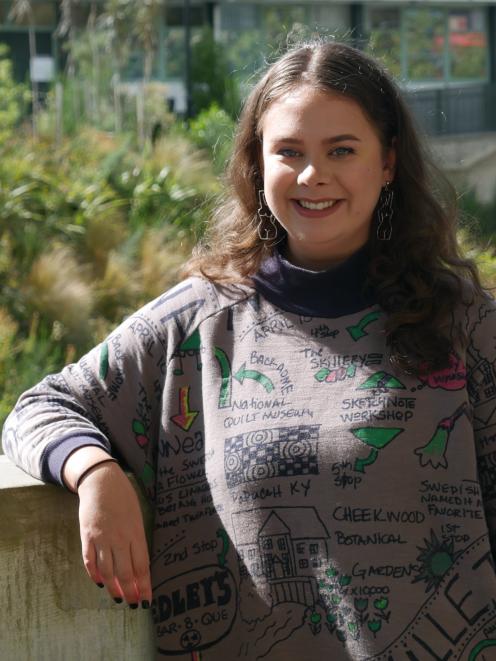 Yet hundreds of the usually coveted entry lottery tickets for the party this Saturday reportedly went unclaimed.

Further, the Otago University Students’ Association (OUSA) posted and then deleted flats’ costume themes after complaints were made some were inappropriate.

OUSA president Michaela Waite-Harvey said the flats subject to the complaints had been contacted and they had made the decision to change themes.

Flat themes were ultimately the decision of each flat and in past years flats had effectively communicated the themes without OUSA promotion, she said.

"We believe it is important that ownership of these themes remain the responsibility of flats to choose and manage," she said.

"The role of OUSA in Hyde St is to manage the safety and facilitate the existence of the event.

"Past this, it is the residents’ event to shape."

Students flatting in the street said yesterday the lead-up to the party had been confusing, but they were looking forward to it.

While there had been six instances of flats with themes that referred to "hoes", it was the use of the term "gypsies" as a costume theme that was most offensive.

Many did not know the term gypsy had been recognised as a racial slur against Romany people.

"Most of my mates didn’t know it was offensive," Elena Hawkins (19) said.

Her flat had also included a theme of "Fightnight", which was likely to prompt some party-goers to dress up as boxers or ninjas, she said.

Masi Matangi (18) also did not know the term gypsy was offensive.

His flat was promoting a jailhouse theme, under the name Cop Gals and Prisoner Pals and he planned to wear an orange jumpsuit.

Some residents of the street said ticketing had been confusing this year.

Lottery tickets were going unclaimed, in part because the students who won the tickets had not realised they had only won the right to buy tickets and did not or could not stump up the $55 cost in the allotted time.

Michaela is the Ninja of sorting it. Someone's got to be the grown up.

Consciousness raising, thanks to Michaela. Anyone not knowing 'gypsy' is an offensive epithet is not taking Humanities.

Anyone who does not know that "gypsy" is a racial epithet is either wilfully ignorant or has been living in a cupboard in a cave in Outer Mongolia.