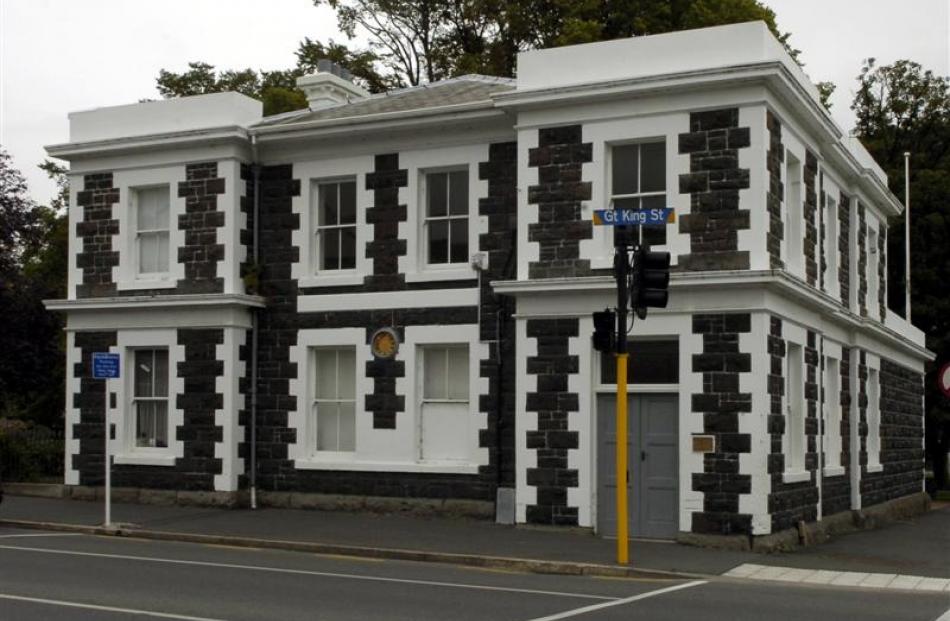 The planned $1.5 million refurbishment of the former North Dunedin post office by the Otago Museum has won support from Dunedin city councillors, despite some verbal volleys aimed at the project's design.

The concerns came from Crs Teresa Stevenson and Lee Vandervis at yesterday's Dunedin City Council community development committee meeting, but were not enough to stop councillors voting to accept the museum's design plans for the building.

The plans, detailed in the Otago Daily Times on Monday, included a refurbishment of the building's interior for conferences, functions and exhibitions, and a new glass conservatory, courtyard and pathway.

The decision requires final approval at the next full council meeting on February 20, and is subject to detailed landscaping and design work being completed and resource consent obtained.

The council granted the museum a 33-year lease to use the unoccupied building in 2010, at an annual rent of $12,000, subject to the building being restored.

Most councillors yesterday praised the museum for work that would allow the building to be restored and reused, but Cr Teresa Stevenson questioned the impact the "glass box" would have on the building's exterior.

She also wanted more detail about how the museum planned to use it once finished, saying she was concerned the museum could use the building for commercial activities inside.

That prompted Cr Paul Hudson to raise a point of order, arguing the concerns were matters for a resource consent hearing, which was yet to begin.

Committee chairman Cr Bill Acklin initially agreed it was not the job of councillors at the meeting to "pick the plans to pieces", and disallowed Cr Stevenson's question.

However, he was forced to reverse the decision moments later, after advice from governance manager Sandy Graham.

Cr Stevenson swooped, labelling the conservatory a "shipping container attached to the side" of the building, and asked council heritage policy planner Glen Hazelton for his views on the design.

He refused to comment on the "taste" of the design, but said it was now common practice to differentiate between heritage and modern elements of a redeveloped building.

Cr Vandervis was also concerned the plans showed the redeveloped building expanding beyond its original footprint, which would "considerably alter" the look and balance of the building.

He "loved" the plan to reuse the building, but wanted it redeveloped within its existing footprint, without the "fairly significant add-ons".

"To me, the development plans don't respect the original footprint of the building."

However, Cr Syd Brown said the building was in "such disrepair" it was "basically unusable", but the investment needed to restore it was beyond the means of community groups.

The museum's plan would see $1.5 million raised to restore it, without calling on council funding, he said.

"Here's a golden opportunity for the regeneration and adaptive reuse of a heritage building ... it's an opportunity the city cannot turn down."

Crs Kate Wilson, John Bezett and deputy mayor Chris Staynes agreed, while Mayor Dave Cull pointed out the building had been modified in the past, and congratulated the museum for its "excellent example of heritage reuse".

The building was completed in 1878 and had a category 2 listing with the New Zealand Historic Places Trust, but the museum's plans had initial support from NZHPT Otago-Southland area manager Owen Graham.

Museum experience and development director Clare Wilson said recently the integrity of the bluestone building would be maintained, with heritage features either highlighted or protected in line with a conservation plan.