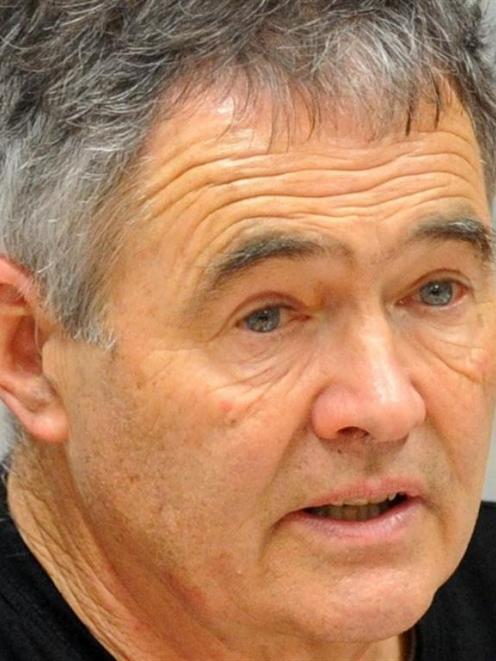 Dave Cull.
Dunedin city councillors made full use of their "wriggle room'' to keep rates increases below 3% without making significant cuts.

The final rates increase for the 2016-17 year came to 2.97% as councillors took advantage of $1million allocated to installing lights at University Oval being unspent after the project was dropped.

The decision to take advantage of the "underspend'' from the current year meant few tough choices had to be made.

Councillors were almost unanimously pleased with the outcome, Mayor Dave Cull saying it had arrived in a "very good place''.

"We have provided for almost all of what we went out and proposed to our community in the consultation.

"We have managed to keep faith with our promise to stick within a 3% rate increase,'' Mr Cull said.

Most of what the council had achieved was "to the credit of our staff'' and thanked them for the level of "transparency, clarity and rigour'' they had provided through the annual plan process, he said.

The final outcome was altogether different from the situation being presented last week when the discovery of almost $700,000 in extra costs made it appear significant cuts would need to be made for the council to stay within its 3% limit.

He said the council should only use savings from the cricket lights for one-off items, which would not have a long-term effect on rates.

The decision to use the cricket lights underspend to fund more items came at the suggestion of Cr Richard Thomson.

He pushed for the council to take further advantage of the cricket lights saving, saying other funding items, including the $100,000 to investigate options for Ocean Beach and the St Clair seawall, met Mr McKenzie's criteria as being one-off costs.

Councillors were almost unanimous in supporting his view.

"We rated on the basis we would be spending that money, it's clear that we are not, and in my view we can legitimately look to fund other things that our community have told us pretty overwhelmingly they supported in the consultation document.''

Cr Kate Wilson thanked Cr Thomson for coming up with a solution that provided a "very balanced'' outcome.

She supported using the underspend to fund projects and was particularly pleased funding towards the city's arts and culture and environment strategies had not been cut.

The debate, which had been civil throughout annual plan meetings over the last two weeks, became a little heated after Cr Lee Vandervis objected to $25,000 being returned to the city's environment strategy.

Cr Vandervis, who was absent from most of yesterday morning's proceedings, said putting the $25,000 back into the budget would add to the perception councillors would "spend every last cent'' they could.

Despite Cr Vandervis' objections, councillors voted to reinstate the $25,000, which meant a total of $150,000 was allocated to implementing the environment strategy, as suggested in the draft annual plan.

Cr Neville Peat had earlier pushed for the reinstatement.