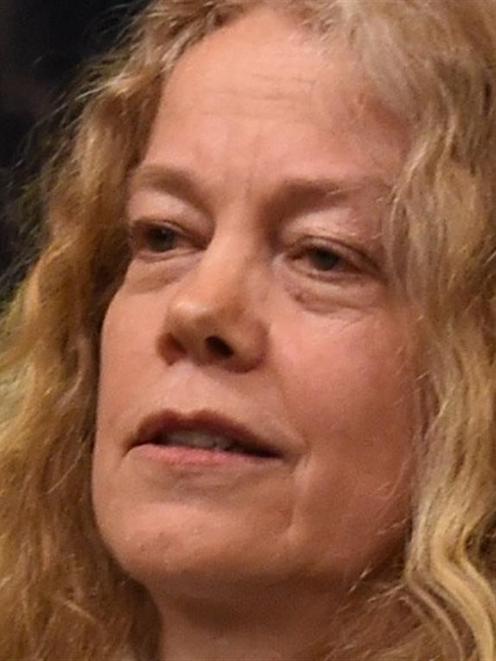 Hilary Calvert
City councillor Hilary Calvert made an ''extraordinary'' attempt to gather a list of motorists affected by the proposed Jetty St pedestrian mall, despite sitting on the hearings committee deliberating on the proposal.

But the councillor and former mayoral candidate said while she understood the legal advice that scuppered her plan, she was simply trying to fill what she saw as an information void, was not repentant, and would do it again.

Her actions brought her to the attention of the Dunedin City Council's legal advisers, and were described as ''entirely inappropriate'' and ''stupid'' by a council source.

Cr Calvert, one of three councillors sitting on the Jetty St hearings committee, emailed the Otago Regional Council on Monday, asking for motorists affected by the Jetty St proposal to make themselves known to her.

Cr Calvert told the Otago Daily Times yesterday she was unhappy with a discrepancy between the amount of feedback from Jetty and Vogel St property owners and businesses and feedback from motorists.

In her email she said: ''I would like to hear if the proposed alternatives are just as good for you, or whether there are any problems with going around another way.''

On Tuesday, the email was forwarded to the ORC's entire Dunedin workforce, before a senior ORC staff member warned employees not to respond.

''ORC staff should not be asked in this manner. The submission period [for the Jetty St pedestrian mall] has closed and they are in the formal hearing process.

''You are asked not to respond to this request as it may compromise both the process and Cr Calvert's ability to remain on the hearing panel.''

The council's hearings committees were ''a public legal process'', and the parameters of that process were clear: committee members knew all evidence needed to be given in public and discussed in public.

Members were not allowed to unilaterally decide to gather their own evidence without the committee's approval, the source said.

DCC corporate services group manager Sandy Graham said everyone party to hearings committee proceedings had a right to have the proceedings decided fairly.

A fair process was one in which there could be no suggestion the decision was made ''in any other way than on its merits'', she said.

''Even a perception of bias or predetermination may be sufficient to damage the credibility of the hearing.''

That left decision-makers with ''an overriding duty to act fairly and to make decisions on the basis of the evidence presented in the hearing''.

When decision-makers required more information, they needed to request that as part of the hearings process, Ms Graham said.

Cr Calvert said she thought ''a quick straw poll''of regional council staff could have improved the committee's ability to judge the proposal fairly, though she ''appreciated'' the legal advice that ORC staff not respond.

She said she understood it was important for councillors sitting on hearings committees to keep an open mind.

''But I intended to keep an open mind.''

Cr Calvert also said she would have understood if ''the legal people'' had advised she could no longer sit on the hearings committee because ''it looked like I might be biased by asking for external information''.

Cr Calvert said she believed she was unbiased and had no conflicts of interest around the Jetty St proposal.

Cr Calvert said she had not been disciplined following the email.

Yesterday's Jetty St hearing heard evidence from council staff, a Vogel St building owner and the Fire Service - all in support of the proposal.

The hearing committee was adjourned without a decision being made. Consensus among all three committee members is needed before a decision can be made, and that consensus was not reached yesterday.

Deliberations will continue ''within the next week or so'', a council spokeswoman said.