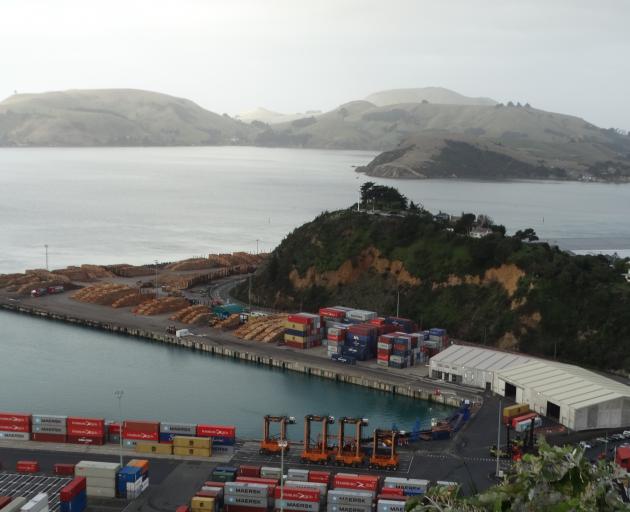 Photo: Brenda Harwood
Rival petitions for and against the pedestrianisation of a popular Port Chalmers coastal road are gaining momentum.

A change.org petition was started a month ago by Port Chalmers resident Stefan Roesch, advocating for vehicles to be prohibited on Back Beach Rd.

The online petition says "we are a group of people from the wider Port Chalmers community who are advocating to turn Back Beach Rd into a pedestrian and bike-friendly zone".

"We believe that the current amount of motorised traffic on the road poses a serious risk to pedestrians and cyclists."

As of last night, 260 people had signed the petition.

The aim was to present a case to the West Harbour Community Board in the coming months.

A rival change.org petition, created by Port Chalmers resident Wendy Currie, states: "I strongly disagree with the non-access proposed by a small group in our community who have set up a petition online".

"If they close this road to traffic they will he limiting access to the wider community, including the elderly, people with disabilities and others.

"We also have a new bike track and walkway to Dunedin and to Oamaru in the future, so leave Back Beach alone," it says.

The petition in support of keeping the road open had more than 1000 signatures last night.

Neither of the creators of the petitions have responded to repeated requests for comment.

West Harbour Community Board chairwoman Francisca Griffin said she was aware of the petition set up by Mr Roesch, but was not aware of Ms Currie’s.

The community board would wait until its August 12 meeting to see whether either of the petitions would be presented.

"They have to book in to the public forum [at the meeting]. It’s up to them whether they want to do that," Ms Griffin said.

"They are two polar opposite petitions, but we want to support and advocate for what our community wants, so we will remain neutral until we see what the outcome of the meeting is."

This is great.! Democracy at work.! Let's get rid of all those pesky politicians, community do gooders and self important, self entitled, self serving councillors and make all decisions this way. Personally I would like the road in question to be closed to motorised vehicles because it is just a poorly maintained dirt track with no parking along.it. But hey! If the majority wants to keep it as it is, I can't argue with that.

There's nothing stopping the DCC (other than money) from sealing the whole road, putting speed humps every so often, a 15km/h speed limit and other traffic calming measures.

I oppose it being closed to vehicles, if you couldn't already tell. But i agree it needs to be made safer for cyclists and pedestrians. Hence my suggestion.

Let's not give-in to the pesky, selfish, self-righteous, sanctimonious noisy few, who only have themselves in mind. Every time I drive out to Pt Chalmers, I always take a slow drive back around this road. It is one of the most beautiful drives in the area. I have never seen any issues with traffic or pedestrians whatsoever. If anything, just make it a one way road.