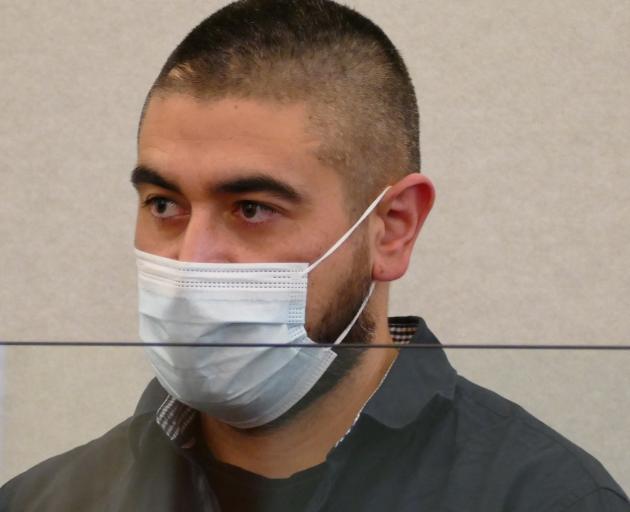 Michael Stirling was sentenced at the Dunedin District Court today. PHOTO: ROB KIDD
A man who shone a laser at a rescue helicopter in Dunedin could have caused “immeasurable harm”, a judge says.

Michael James Stirling (33) appeared in the city's District Court this afternoon after admitting a charge of endangering transport, which carries a maximum penalty of 14 years’ imprisonment.

Judge David Robinson said he was sceptical of the defendant’s claim that he believed he was shining the light at a drone or satellite.

Despite the seriousness of the offence, the judge said it was within the community’s interests to keep Stirling out of prison and preserve his employment.

The man was sentenced to nine months’ intensive supervision and 100 hours’ community work.

The defendant was at a friend’s South Dunedin home on December 2 last year when he found a green laser, a police summary said.

At 1.44am, he pointed it at a chopper flying overhead, shining the beam into the cockpit for 10 to 15 seconds.

The Otago Rescue Helicopter pilot was able to pinpoint Stirling’s location as he continued to shine the laser at the aircraft.

The pilot hovered over the address, guiding officers to the scene, the court heard.

Stirling made an attempted getaway in his car but was tracked down by police in King Edward St.

The defendant told officers he “was just playing with the laser” and believed he as shining it at a satellite or drone.

Stirling said he did not realise the seriousness of the incident.

“It’s that moment of not stopping and thinking that what he was doing could be dangerous,” she said.

Judge Robinson hoped the case gave a strong deterrent message to others with high-powered lasers.

“They can cause immeasurable harm and expose us on the ground and people in the air to completely unnecessary risk,” he said.

Graeme Gale, managing director of HeliOtago Ltd, the organisation which operates the Otago regional rescue helicopter service, said the pilot had been on a rescue mission bringing a ‘‘seriously sick’’ patient to Dunedin Hospital at the time of the laser strike.

‘‘We’ve had a number of these incidents in Dunedin, and further South. There’s also been a number through the country. For whatever reason, people tend to target rescue helicopters when they’re out and about at night.’’

Mr Gale said laser strike was ‘‘extremely dangerous,’’ and could incapacitate a pilot.