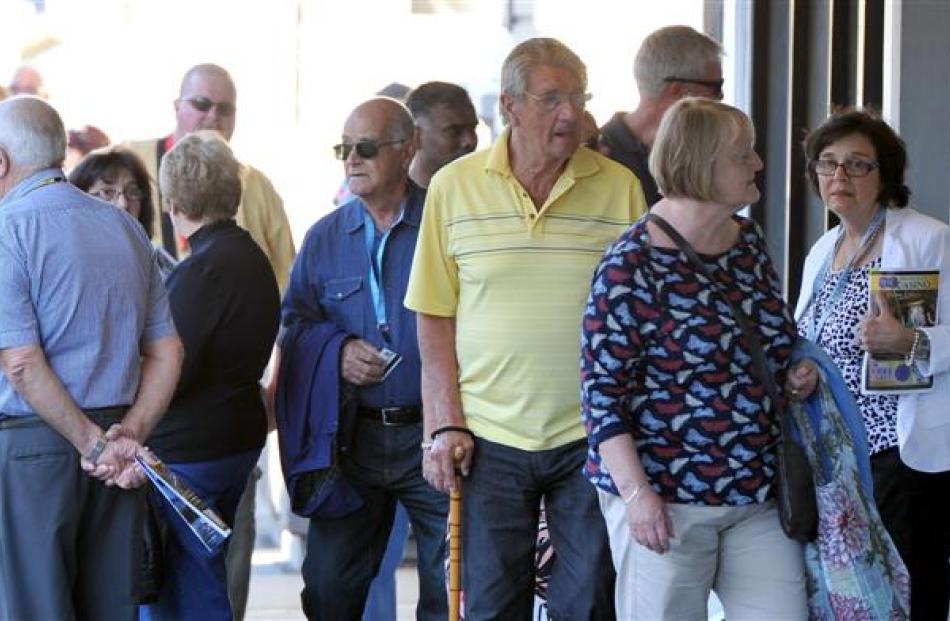 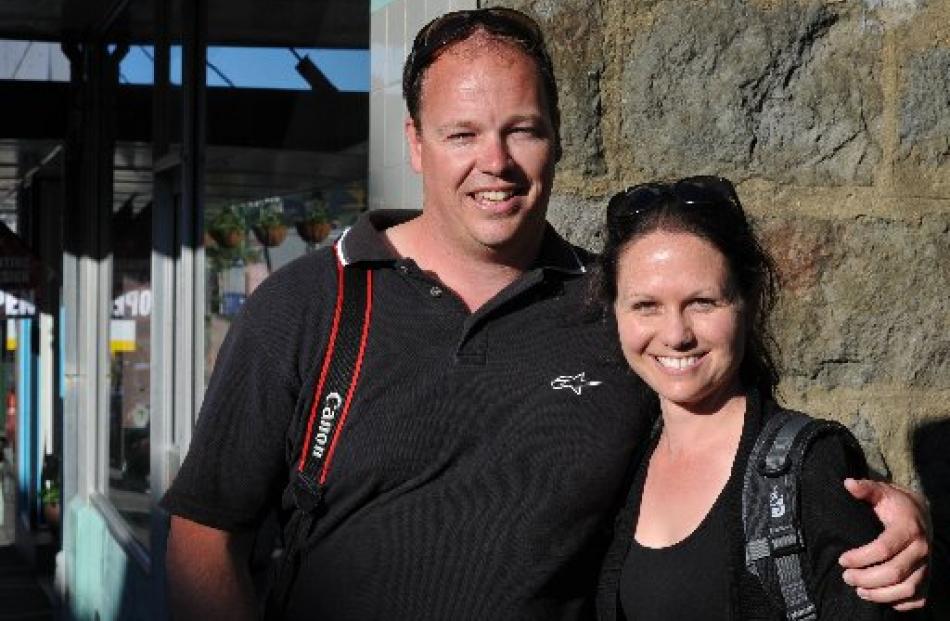 Aaron George and Robyn Worthy, of Melbourne, in Port Chalmers on their first trip to New Zealand. Photos by Craig Baxter. 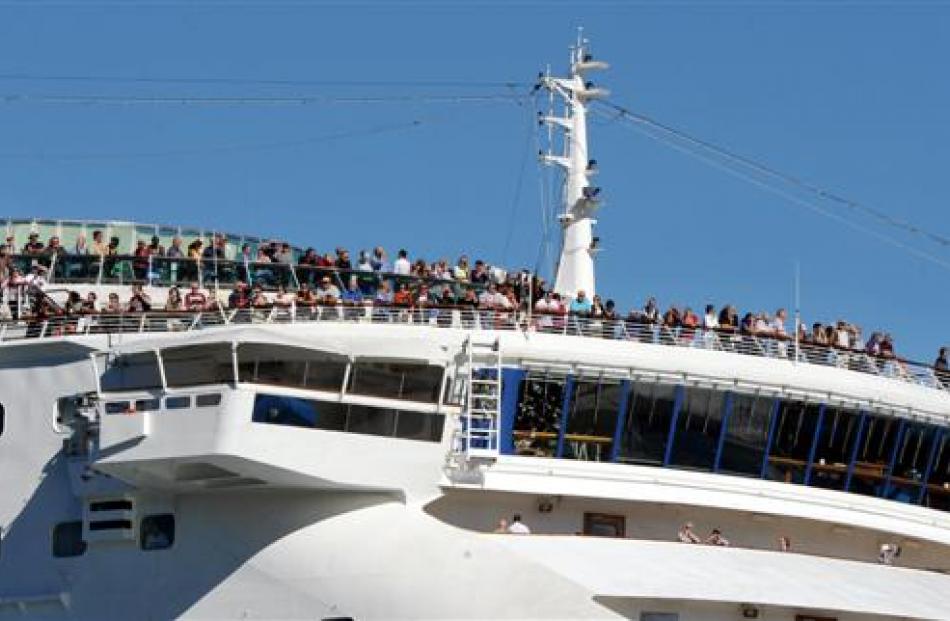 The Sun Princess arrived in Dunedin at 4pm, with 1950 passengers and 950 crew aboard, to signal the start of the 2013-14 cruise-ship season.

The ship was originally due to arrive at 7am today and leave at 6pm, but strong winds forced it to bypass Akaroa and make an overnight stay in Port Chalmers.

''It's the first time we've had an early ship,'' Ms Barker said.

''The cruise-ship visits are wonderful for the city and, with this sunny weather, it has been a fabulous start to the season.''

It was not known what additional economic benefit the extra night in Dunedin might generate.

Most of the passengers remained aboard yesterday and were expected to venture into the city today, i-SITE team leader Louise Van de Vlierd said. Melbourne couple Aaron George (33) and Robyn Worthy (35) stretched their legs in Port Chalmers, having left Australia last Thursday.

''This is our first time on New Zealand land. It's beautiful here,'' Mr George said.

''We missed the Bay of Islands and Akaroa because of the bad weather. There were 5m swells the first day, which put a few people in bed.''

Eighty-four cruise ships, carrying 146,000 passengers and 64,000 crew, are scheduled to call this season before the final visit by The World, which arrives on May 2 and sails at 6pm the following day.

In its annual economic impact report, Cruise New Zealand calculated Otago would receive $32 million in ''value-add'' from the 2013-14 season.

The visits have been a boon to tourism operators, such as Taieri Gorge Railway, which estimated cruise ship business accounted for more than 40% of its income over the past year.

''The cruise ships provide a significant contribution to our economy and it's growing and becoming a more and more important part of our economic mix,'' Otago Chamber of Commerce chief executive John Christie said.

Cruise New Zealand predicted half the passengers this season would be Australian, with American visitors increasing from 17% to about 19%.