Some of New Zealand's top food connoisseurs and chefs munched on the contents of the average compost bin in Dunedin yesterday.

Battered and bruised apples, salmon carcass heads and cauliflower leaves were among the produce that was transformed into culinary treats for attendees at the Otago Polytechnic Food Design Conference "Love Food, Hate Waste'' lunch.

Minimisation of food waste was a growing global movement, and Dunedin produce suppliers, breweries and fishermen had contributed ingredients for the food waste lunch, he said. 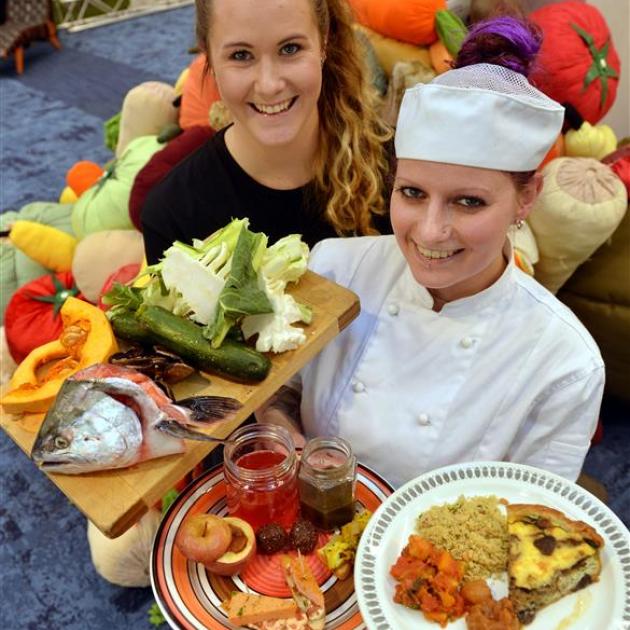 "Using waste products requires people to challenge the notion of beauty. Because it is a social construct. The key thing is when you look at a product, like a bruised apple, you have a stigma about it.''

Using waste products also increased the need for imagination when coming up with recipes, he said.

His students had created cauliflower pesto using cauliflower stalks and leaves, salmon mousse from the scrapings of salmon carcass heads and baked apples from juicing fruit.

Otago Polytechnic bachelor of culinary arts second-year student Phillipa Seymour said preparing for the waste lunch had been "full on''.

"It has been well worth it though. I look at stuff I would have put in the bin normally in a different way now.''

Auckland University of Technology Culinary Arts lecturer and conference attendee Scott Wright said the lunch had encouraged him to eat produce he would not normally go near.

"From a chef's point of view putting it up there is pretty brave.

"In a setting like this, though, I feel much more comfortable eating couscous which may have been in a bin than I would if I was eating at a stranger's house and they told me the food was made from waste products.''