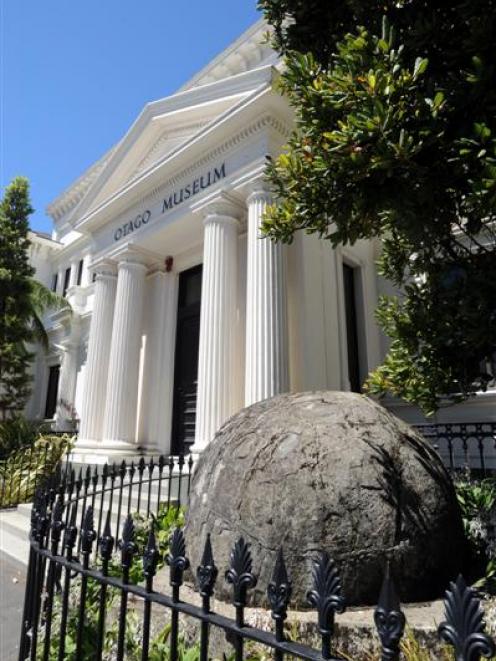 The museum was "one of New Zealand's most important cultural assets, and a treasured Otago icon," Mr Graham said.

Category 1 status was given to places of "special or outstanding historical or cultural heritage significance or value."

Trust historian Susan Irvine said the original, concrete museum on the Great King St site, with a basement and three floors, was classical Greek in style, and some of the city's most important architects had worked on the respective wings of the current complex.

The museum's social, educational and historical importance added to the institution's overall significance.

After some discussion, the museum and the trust's Otago-Southland office recently signed a memorandum of understanding, outlining "a framework for ongoing communication and project work", and recognising their common interests in "heritage preservation and education".

Developing the agreement had been "a positive step" for both institutions, museum chief executive Shimrath Paul said.

Trust officials said there was scope for close interaction between staff at the two institutions in several activities, including field work, projects, and work experience.

Museum experience and development director Clare Wilson said the historic listing was "due recognition of our role in the community and the value of our built heritage" and was "hugely positive" for the museum.

Both organisations advocated for heritage and closer links meant they could "make a greater difference" in the community.

After the trust indicated a desire to provide a historic listing, museum officials checked with the trust to ensure the museum could continue to operate normally, make some internal alterations to stage exhibitions and undertake museum operations.

Discussions had resulted in a broader collaboration, she said.