By Mike Houlahan
0 Comments
Winemaker Neal Ibbotson has just had to reprint the labels for St Clair vineyard’s "Dawn" sparkling wine, and he does not mind the inconvenience one bit.

The Marlborough methode was launched five years ago to mark the 100th birthday of his mother, Dawn.

Yesterday, on the occasion of Dawn’s 105th birthday, he presented her with a bottle of the latest vintage, which has now had the label reprinted to reflect the latest milestone passed by the matriach of the family.

"I may have to change the label a few more times yet." 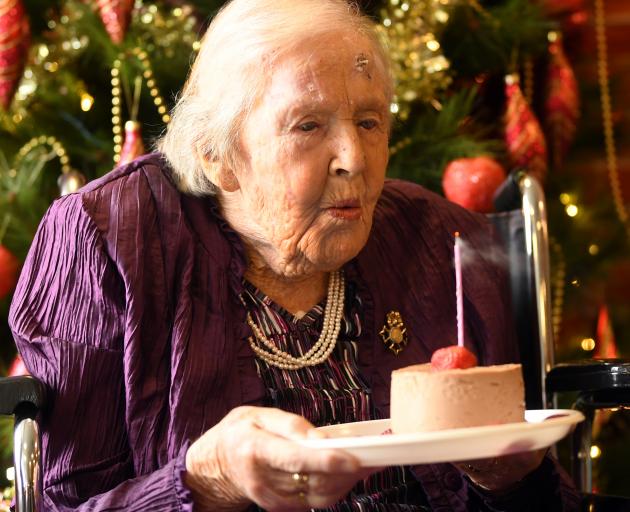 Dawn Ibbotson marks her 105th birthday with cake and a candle. PHOTOS: STEPHEN JAQUIERY
A few bottles of Dawn, which has a photograph of a much younger Dawn Ibbotson on the label, were cracked last night at a family reunion, where about 20 people had come from around New Zealand to mark the occasion.

In 66 years of married life in Dunedin, the couple raised three children, Russell, Neal and Ruth-Mary.

"None of us are in Dunedin, so we have all travelled especially to be here," Ruth-Mary James said. 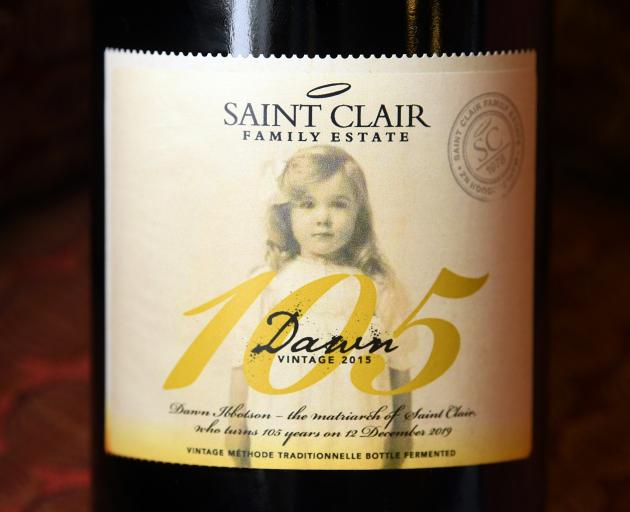 The latest vintage of St Clair ‘‘Dawn’’, with its suitably amended label.
A former member of many community, church and educational groups, Dawn Ibbotson was awarded a CBE in 1977 and a Commemoration Medal in 1990.

A recent broken ankle had her making the move from her own home to Yvette Williams Retirement Village.

She still moves very quickly though, blowing out the candle on a birthday cake before ODT illustrations editor Stephen Jaquiery was ready to capture the passing of time.