Day a chance to experience life on a farm 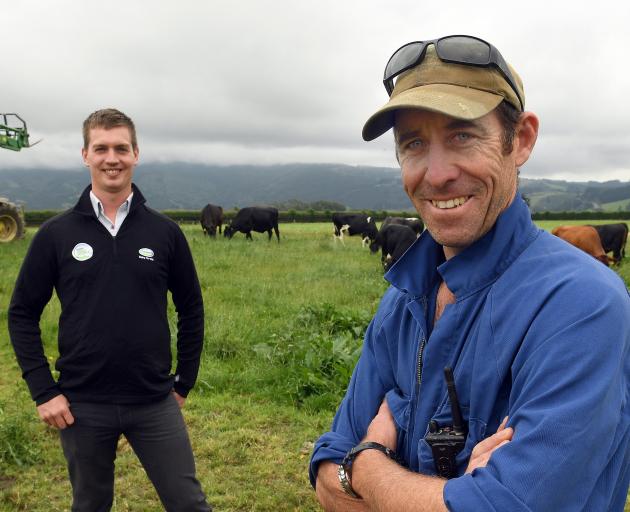 It was during the farming downturn in the 1980s and his farming father suggested he get some other skills.

So he became an electrician and worked for a few years before giving in to his passion for the dairy sector.

Now Mr Wells and his wife Anne-Marie are sharing that passion with others - opening the gates of their Outram dairy business, Huntly Road Dairies, to allow the public to experience a taste of farm life.

On Sunday, Fonterra has organised an ''open gates'' initiative, with 40 selected farms around the country opening for the day.

For the Wells family, such a move was not unusual; it had been a business decision for the couple to make their farm and business accessible for people to visit, Mr Wells said.

Mrs Wells had a target of six visits a year - which had included preschoolers and secondary school pupils - and the Fonterra initiative was a ''perfect opportunity to get another one ticked off'', he said.

Brought up on a dairy and cropping farm in Northland, Mr Wells came to the South Island in 1997 and progressed through the dairy industry. He had no regrets about swapping his trade for a pair of gumboots.

The couple, who have three children, formed an equity partnership seven years ago and bought their farm, where they milk about 600 cows.

The open day was an opportunity to make the public aware of how modern dairy farms worked, he said.

''This isn't anything special; it's a typical modern dairy farm. It's just giving an opportunity to see what actually does go on on the farm and how much science we're relying on and new technology we're employing.

''If kids come along and they are budding scientists and got a passion for science and the environment, that couldn't be a bad thing. We're doing our best and trying to look at the best practices,'' he said.

There would be an opportunity to view the dairy shed, cows and calves, and infrastructure involved in running the farm.

There would also be various stations, including on the environment - as well as the end product, with a free ice-cream - and the opportunity to ask questions.

-Farms will also be open near Oamaru, Milton, Wallacetown and Invercargill.