Photos: Peter McIntosh
Labourer Sam Russell works on large sand bags that will help shore up Middle Beach against erosion for the next few months. 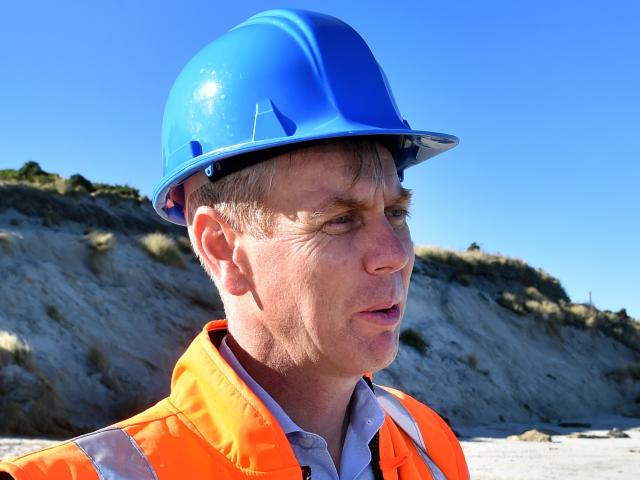 Mr Drew said water from heavy seas flowed behind the rocks and scoured out the sand. The bags would stop that happening.

He understood the damage to the dunes was similar to major erosion that happened in 2007. However, the beach profile was raised yesterday, due to sand being shifted on to the beach by tides and waves in the past couple of weeks.