Microchipped cats, reinstating council roading and parks departments and problems with the buses were some of the subjects traversed at the second Dunedin City Council candidates meeting in South Dunedin last night.

With just 11 candidates - a smaller number than the 25 at the first meeting on Tuesday - it meant plenty of time for questions from the public, although answers sometimes drifted from the subject.

Even the audience drifted away from questions, making, at times, lengthy statements instead.

The second of two Greater South Dunedin Community Group election forums at the Mayfair Theatre drew a crowd of about 55.

While the Mosgiel pool option was popular at a meeting in Taieri last week, South Dunedin residents who had a pooling problem of their own after flooding last year mentioned more than once the pool should not be a priority.

Candidate and South Dunedin resident David Murray said having $6million in the council budget for the pool and money for cycleways instead of flooding work was poor prioritising.

An audience member brought up the issue of microchipping pet cats as a way to have feral cats destroyed.

Candidates Nanette Linklater and Islay McLeod thought that was a good idea, and said they would support it if they were elected.

Another member of the audience asked Cr Lee Vandervis if council-owned company Delta should be reintegrated as a council department.

Cr Vandervis said that had been considered, but had not gone ahead.

Candidate Jim O'Malley said council responsibilities such as parks and roading should be taken away from Delta, or the idea should at least be explored and costed.

A woman in the audience asked if such ideas would ''just disappear'' when successful candidates joined the council ranks.

Cr Mike Lord responded once a candidate got on the council it was not easy just to push your own issues.

In response to concern about changes to the bus system that audience members said had badly affected South Dunedin, candidates said they were supportive of the council taking over the system from the Otago Regional Council. 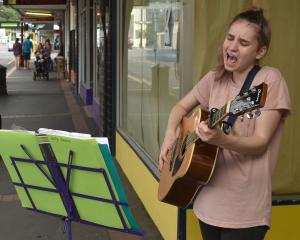