The Dunedin City Council is struggling to explain a rule change that riders fear could force horses off the city's beaches. 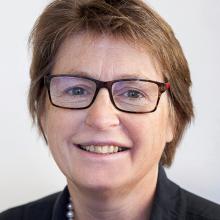 It was reported yesterday horses could be forced to stick to a thin strip of soft sand, between dunes and the high-tide mark at four of the city's beaches.

That alarmed riders and trainers, who feared the new rules risked injury to their animals and would force
horses off the city's beaches altogether.

The council's proposed new reserves and beaches bylaw aims to protect sand dunes and wildlife and includes new rules for drones and vehicles.

Council parks and recreation acting group manager Tom Dyer, responding to questions by email, confirmed no complaints had been received about wildlife injured or disturbed by horses on city beaches. Instead, the council's focus in changing the rules for horses was protecting the sand dunes, ''not to completely remove horses from beaches'', he said.

Asked why the new bylaw restricted horses to above the high-water mark, he said that was because ''that is where the DCC's jurisdiction ends, and where the Otago Regional Council's jurisdiction begins''.

That still represents a change from the council's existing reserves bylaw which covers four beaches and specifically highlights those where riders can ride below the high-water mark.

Asked why the wording had changed, and whether the change risked confusion, Mr Dyer said the council had ''modified language to ensure it was consistent throughout the document and with other relevant legislation''.

''Again, we will assess our options and consider making recommended improvements to the wording of the bylaw once feedback from submissions is analysed.''

Regional council staff were not available late yesterday to clarify the ORC's approach to horses on beaches.

Cr Kate Wilson, who asked for beaches to be included in the existing reserve bylaw's review, said her intention was to address public concern about wildlife being disturbed by vehicles.

However, including beaches appeared to have widened the review's scope ''quite markedly'', the wording suggested by staff was ''really ambiguous'' and the outcome ''may be unintentional'', she said.

Despite that, she defended the council's approach.

''I think it's a really good discussion to have with the community . . . I don't see anything wrong with that.

''Just because we have always done something, doesn't mean it's the way we should always do it in the future.''

Asked what harm horses did below the high-tide mark, she said she had not ''read all the papers on that''.

Cr Wilson is right. The intent was to get motorised vehicles off the beaches. Unless SAR, the internal combustion engine should keep to the highway.

Kate Wilson ''Just because you want to change something, doesn't mean it's the way we should do it in the future, with out facts and figures it means zip nothing. Provide all Rate payers the stats of where horses have damaged sand dunes The DCC should have a list of reports files for horse damage over at least the last 5-10 years, Please please don't say its not recorded in a Database and the DCC has it in 5 x a A4 hard covered note books, and we maybe some time finding the facts. Unless you planned a big annoyance to now change it to a smaller one to make you look good?

Cr Wilson should stop defending DCC staff ineptitude. This law change was not put forward for discussion, it was put forward as a fait accompli. The fact that the proposed bylaw was ambiguous and failed to address the differences between the old and new laws is really unacceptable. Oh but we don't control below the high water line even though our current law does!

This council repeatedly shows its incompetence while pushing their narrow agenda's. But as usual, council management support this ineptitude thereby proving their own. Time for some real change in management at DCC. There are just too many under performers hiding in over paid positions.