Deep secrets divulged as never before 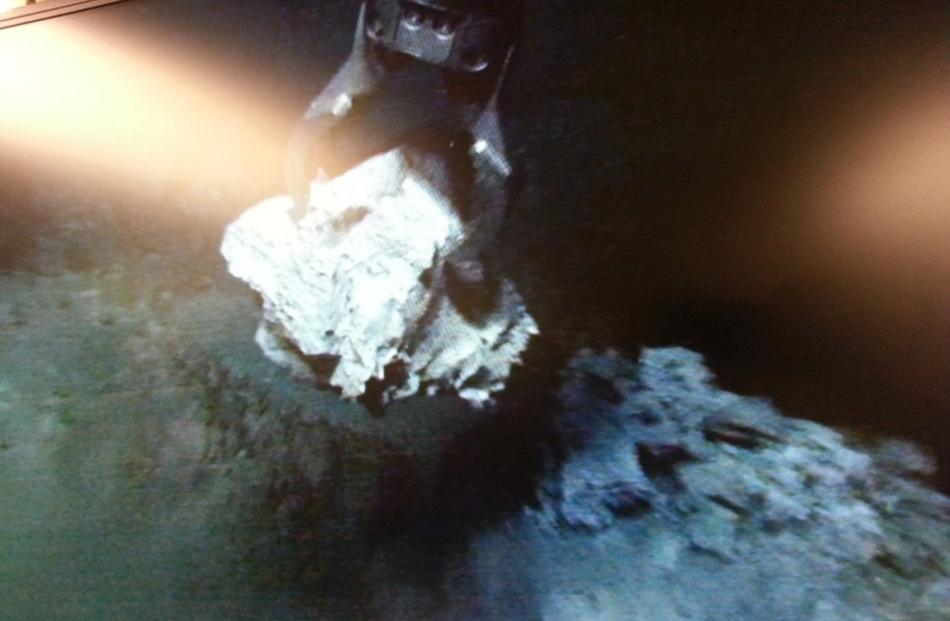 Deep in the South Pacific ocean, Jason collects the first pumice sample from a new volcanic cone at Havre, an underwater volcano in the Kermadec Islands. Photos by Dan Fornari/supplied 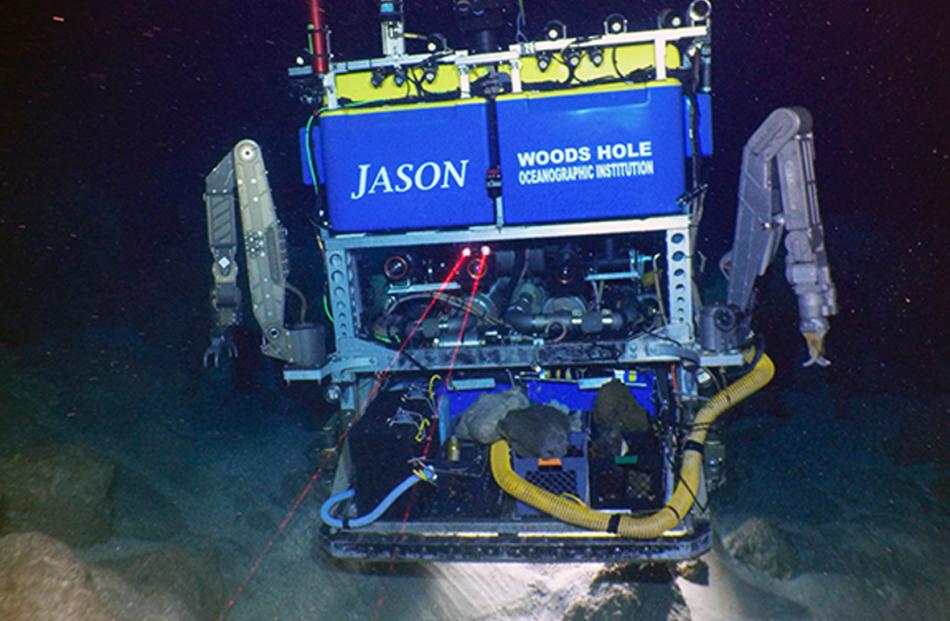 A remotely-operated vehicle, Jason, which was developed at the Woods Hole Oceanographic Institution in the United States, explores at Havre, an underwater volcano about 700km northeast of the Bay of Plenty. 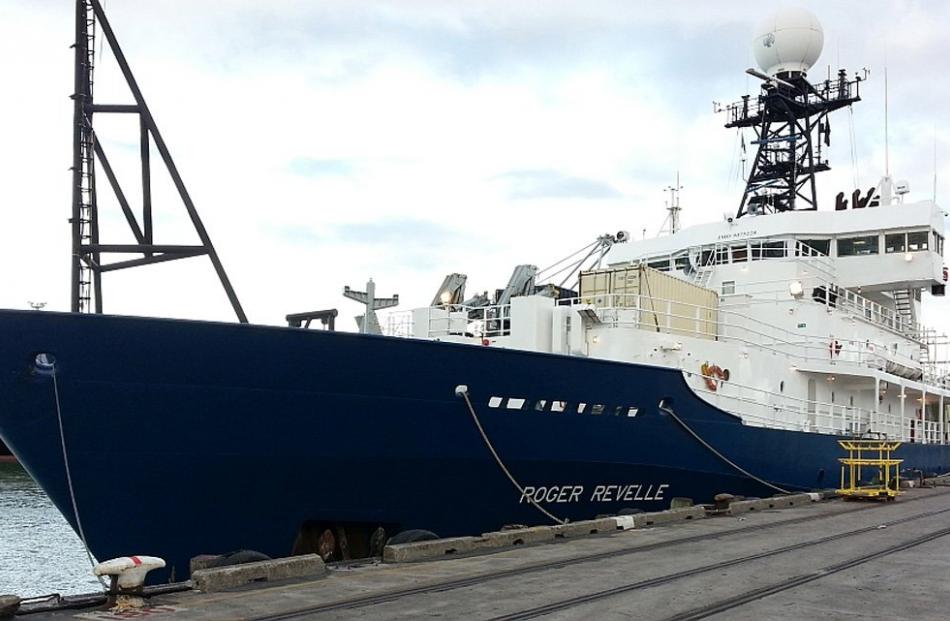 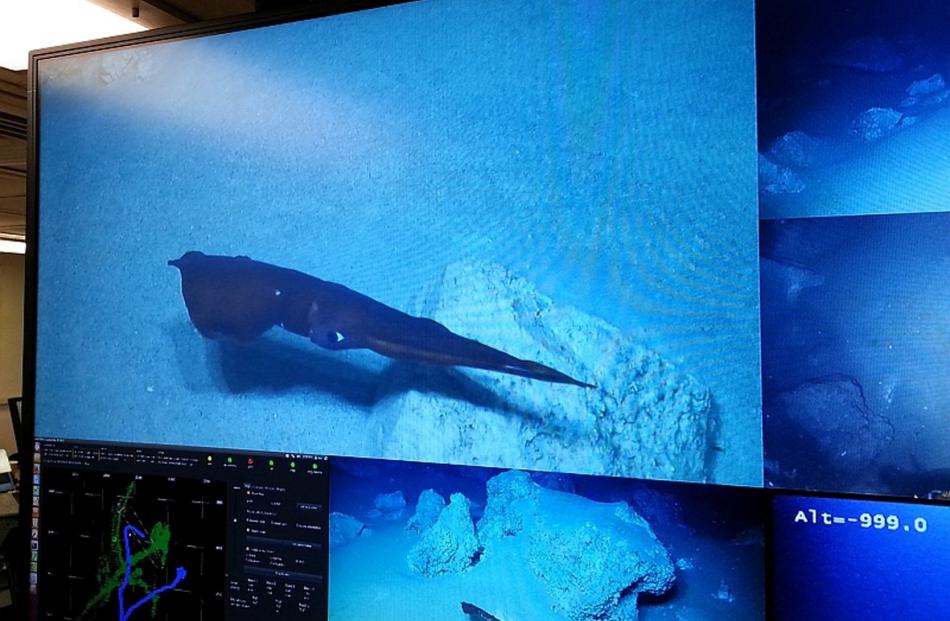 Hundreds of metres below the surface, at the Havre underwater volcano, a squid moves across an ash field, in which large blocks of pumice can be seen.

A world-first expedition involving University of Otago researchers is expected to attract growing international scientific interest as it sheds new light on an underwater volcano in the Kermadec Islands.

The Havre volcano, about 700km northeast of the Bay of Plenty, is the site of the biggest recorded explosive eruption of a submarine volcano in history.

When this volcano exploded in 2012, it produced a huge floating pumice island the size of Israel.

The huge raft of pumice discharged in 2012 attracted wide international interest. Prof White is working with fellow New Zealand researchers from GNS Science, Otago PhD student Arran Murch and international scientists, including from the United States, in exploring the Havre caldera - a cauldron-like volcanic feature - to detect changes resulting from the 2012 eruption.

Much of the volcano is more than 1km below the surface and it ranges in depth from about 650m to about 1.6km.

This ''very exciting cruise'' was the first time ''anywhere on Earth'' that a remotely operated vehicle had been used to investigate a recent ''large explosive submarine eruption'', Prof White said.

And the expedition could become one of ''the most important cruises ever made'' for investigating how submarine volcanism worked. This was the first expedition ''to visit a volcano at which a large eruption is known to have taken place in historic times''.

''Because of this, almost every observation made will be a first of its kind in some ways.''

The Mapping, Exploration, and Sampling at Havre (Mesh) expedition is using two US deep-diving robotic underwater craft, including the remotely operated Jason, which streams video images back to the surface via a fibreoptic cable. An autonomously operating robotic craft, Sentry, is also making underwater observations. Like Jason, this craft was developed by the Woods Hole Oceanographic Institution in the United States.

''Where we are working now, it is very interesting to see that the near-source deposits of this large eruption seem mostly to be the boulder to car-sized pumice blocks and a relatively thin layer of shattered pumice in fragments of a few millimetres to a few centimetres spread everywhere in a layer on the order of 10cm thick,'' Prof White said.

''The people on this cruise definitely have the best seats in the house for seeing the aftermath of a massive explosive underwater volcanic eruption. It could be many decades before there is any similar opportunity anywhere in the world.

''It's an amazing opportunity that couldn't have existed even if there had been a previously identified large explosive submarine eruption,'' he said.

The deep-diving technologies being used ''did not exist until recently''. He referred particularly to Sentry, which he described as an ''autonomous deepwater seafloor mapper'', which, after being dropped in the water, descends to a ''few tens of metres above the seafloor and flies around on a predetermined grid while collecting high-resolution sonar bathymetry''. Bathymetry includes undersea topography, and clarifying the depths and shapes of underwater terrain.

Prof White was confident the research would attract ''quite a lot of international interest''.

Regular updates about the expedition were already being published electronically through the Woods Hole Oceanographic Institution in the United States, and could be seen at web.whoi.edu/mesh/ via internet.

Volcanoes had ''broad appeal to people with a general interest in science and the environment''.

That appeal was understandable in this case, given that a ship, about 60 people and ''millions of dollars in submarine exploration vehicles'' were involved for weeks on the Kermadec expedition, and expectations were high.

Results of this expedition would be ''showcased and cross-compared'' with work by marine volcanologists from around the world at a conference on submarine volcanism in Tasmania in March next year. This meeting was being held under the auspices of the American Geophysical Union, which had about 60,000 members.

Expedition researchers would ''learn a lot more before we are finished'', with the scientific cruise due to end on April 17.