Defibrillators easy to find by phone 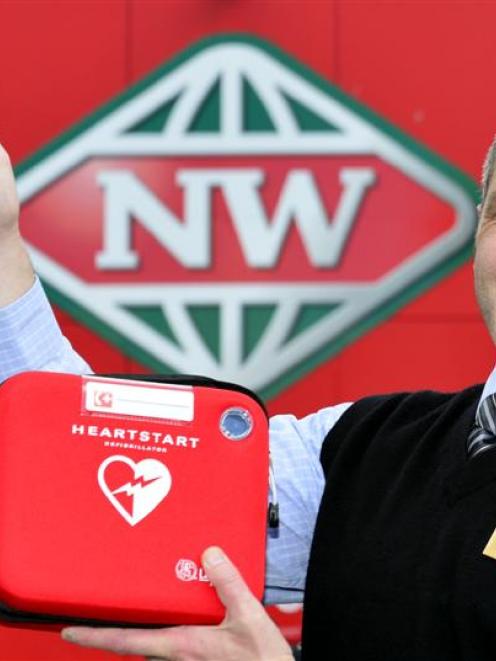 New World Centre City Dunedin manager Tony Watts with one of the defibrillators that are mapped on smartphone applications. Photo by Peter McIntosh.
Life-saving defibrillators are sitting idle as people nearby needlessly die, says the creator of a defibrillator locator.

AED Locations founder Gareth Jenkin said he had taught thousands of people how to use an automated external defibrillator (AED) when working as a resuscitation co-ordinator at Auckland City Hospital, but could not give his students information on where to find one.

Many people died because a defibrillator could not be found, he said.

''There's no point in people dying when a potential piece of life-saving equipment is 50m away. And that happens regularly. We need to make people aware of where they are.''

He had the idea to build a website to locate a defibrillator but had no money or knowledge to build it.

But Able Technology heard of his vision and built Mr Jenkin the website at no charge. 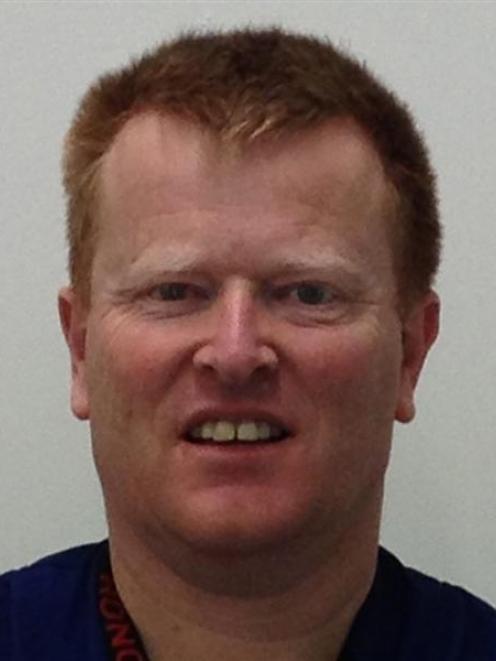 Gareth Jenkin
At www.aedlocations.co.nz, 2500 defibrillator locations are mapped and a smartphone application can locate the nearest defibrillator using GPS.

In an emergency, people should dial 111 and then use the application on their smartphone, which included a function to speed dial the defibrillator location so it could be rushed to the emergency, he said.

Any defibrillator owners should contact him with the locations because the larger the database, the more chance a life could be saved.

''Cardiac arrests were happening in public buildings and the defib was not used because nobody knew it was there.''

He entered about 35 new defibrillator locations a week, he said.

Ideally, people would familiarise themselves with defibrillator locations before they were needed in an emergency, he said.

There were three cardiac arrests in Auckland last year where a defibrillator was in the same building and not used.

''People will buy a defibrillator and put [it] in a Harry Potter cupboard with no signage.''

Defibrillators were easy to operate and it instructed the user how to deliver a shock, he said.

An American study found an untrained 11-year-old child could deliver the first shock in 90 seconds and a paramedic in 67 seconds, he said.

His 6-year-old niece could deliver a shock in 60 seconds, he said.

''You just switch it on and it tells you what to do. We need to demystify how difficult these machines are to use.''

People often contacted him to give money, he said.

St John Dunedin operations team manager Doug Third said the chances of survival after cardiac arrest reduced 20% every minute there was no defibrillator.

The cardiac arrest was like a ''riot'' of random electrical activity in the heart, which needed a shock from a defibrillator to restart a normal heartbeat, Mr Third said.

If a defibrillator was not located in five minutes, the heart muscle would slowly die and stop, he said.