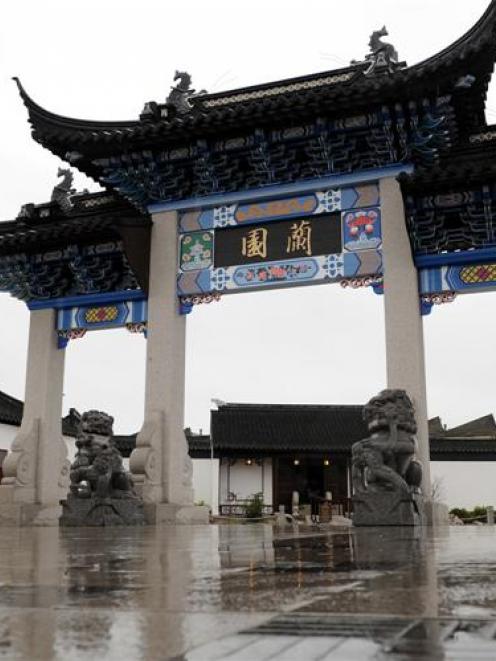 The suggestion came in a report by Ms Reid to be considered by councillors at the Dunedin City Council's 2013-14 draft annual plan deliberations, which begin today.

Ms Reid said further changes being considered should be delayed and reassessed in two years.

In January, councillors had asked council staff to investigate a revised operating model for the garden, including the feasibility of giving the attraction's full-time gardening staff a wider brief to double as tour guides.

They also wanted to hear more about the possibility of providing free access to the garden to Dunedin residents, as well as commercial revenue-generating options and other changes.

Ms Reid said the idea of free access to the garden would be covered by a wider investigation of charges for all council-owned cultural institutions, carried out by Dunedin Public Art Gallery director Cam McCracken.

Council staff did not expect that study to be completed before the end of the year. Staff had also ''carefully considered'' the garden's operating model, and did not believe changes would improve the existing operation, she said.

The changes would add about $10,000 to operating costs at a time when costs were already being cut by $50,000, by axing the manager's role, Ms Reid said.

Visitor numbers were also increasing under the existing operating model, which meant an increase in visitor numbers for the 2012-13 year was ''guaranteed'', she said.

That would put the attraction ''on track'' to meet its financial target of covering 60% of its costs with rates revenue, and 40% from other sources.

She recommended that the council reconsider the operating model in two years' time, if increasing visitor numbers and revenue did not continue to provide ''positive results''.

Councillors would also consider whether to shift responsibility for repaying a $1 million loan, ''gifted'' to the garden trust by the council, to the council's books, cutting garden costs by $93,000 a year.

Her comments came after the Otago Daily Times last month reported 31,095 visitors had passed through the garden's gates since July 1 last year.

That represented an increase on the 28,243 who visited in 2011-12, and with three months of the financial year still to go.

The increase was credited in part to the refurbishment of the neighbouring Toitu Otago Settlers Museum, which has now attracted more than 180,000 visitors since reopening on December 6 last year.