Difficult times for Germans who did not support Nazis 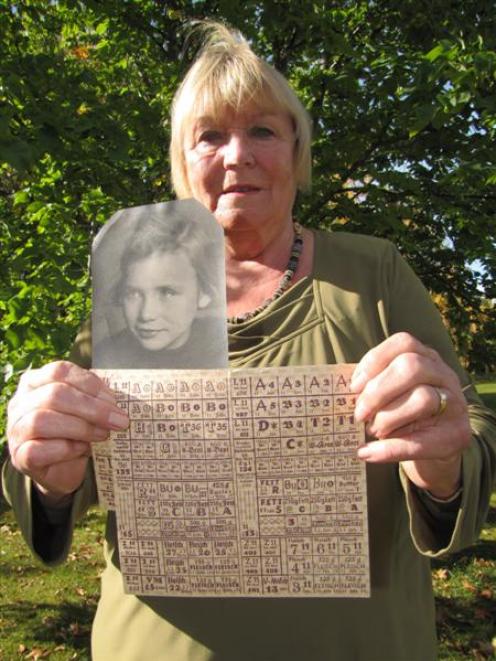 Most of the men in her life had already gone - her Dutch birth father fled Germany to escape enlistment, her stepfather was enlisted and sent to serve in Russia and two uncles had also been enlisted. One of them was only 18 and never came home.

She and her mother were staying with her grandparents in Munchengladbach, near the Dutch border. One day, when the air raid sirens went off, she and her mother did not make it to the bunker in time.

Her mother took the blanket they always had soaking in the bathtub and they went down to the cellar.

A bomb struck the neighbours' house and set fire to her grandparents house.

She remembers hiding under the blanket as the room became unbearably hot and the jars of preserves burst.

When the sirens stopped, her grandfather, knowing they had not made it to the bunker and unable to get help from the firefighters, took a pickaxe to the double brick wall and dragged them from the cellar just before it was engulfed by flames.

After that, the decision was made to send the women and children north.

For a few weeks they stayed in a small house with aunts and cousins in Mecklenburg, near Hamburg.

"Then word came that the Russians were coming and everybody panicked and fled.

"My mother grabbed me and a cousin and we ran and walked towards Austria."

With her younger cousin in a pram, they walked for about six months, covering a distance equal to the length of the South Island.

At night, they hid under trees, in bushes or, if they were lucky, in barns.

She recalls one night when they managed to sleep among haystacks in a barn. Although there were rats everywhere, they felt lucky because it was warm.

They were eventually captured by American soldiers and sent to a prisoner of war camp.

"It was the first time I saw a black man. I woke up one night and all I could see were these big white eyes and white teeth, I thought it was a ghost."

However, it was an American soldier who felt sorry for the starving prisoners and had secretly given some chocolate to the mothers for their children.

They were in the camp for three months and although she does not remember whether they left or whether they escaped, she does recall having to cross the Rhine in a small boat at night as bodies floated downstream.

Some time later, they were on a train during an air raid.

"The man next to us died, he was hit ... he had a big piece of glass from the window sticking out of his back."

After the announcement on the radio, people "all rushed out on to the street, hugging, dancing and crying ... and as a child you think 'Oh no, what is happening now?' because for years you have been running to bunkers and hearing sirens and planes."

For years after the war, they lived in cramped conditions, with five families in one house.

Food was rationed and all they had to eat for some time was "slimy" pea soup.

Eventually, food stamps were introduced but it was not much to live off and her parents were always worried about what to put on the table.

"It was a Sunday treat to have butter."

Life did not return to some form of normality until the late 1950s, but for Germans like Mrs Skeet, persecution followed them.

"I didn't have any feelings of hate for the English, Americans or French but unfortunately when I went to England, the hate for the Germans was there."

In 1959, when she was 18, she moved to England to work as an au pair. One day, while out for coffee with a friend, she was asked to leave the cafe, just because she was German.

A year later, she moved to New Zealand with husband-to-be Brian, whom she had met in England.

She faced similar persecution here through the 1960s.

It was not until well after the war that she, and many Germans like her, learnt of the atrocities that had occurred.

"I couldn't understand how anything like that could happen because the people around me were good people."

Despite the tough times during and immediately after the war, she said she had a great childhood and learnt that although people are not perfect, freedom of speech is one of the most important things a society can have.