Discussion of stadium, Stevenson not public 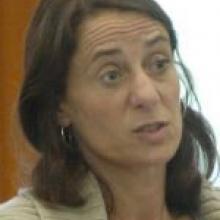 Teresa Stevenson
A hire agreement between the Otago Rugby Football Union and the Carisbrook Stadium Trust will be discussed by the Dunedin City Council at its meeting on Monday, as will what is understood to be a report on a code of conduct inquiry into the actions of Cr Teresa Stevenson.

But what the public might hear about either issue is unknown, as both are to be discussed with the public excluded.

The venues hire and licence agreement subcommittee of Mayor Peter Chin, deputy mayor Syd Brown, Cr Kate Wilson and council chief executive Jim Harland, will have final approval on hire agreements for the stadium, and on the sale and purchase of Carisbrook.

The subcommittee met on Thursday, but Mr Chin has declined to give updates on commercial matters such as the sale of Carisbrook.

Cr Stevenson confirmed in February she was the subject of a code of conduct inquiry alleging she leaked to the Otago Daily Times details of a confidential letter to the Government, written by Mayor Peter Chin and Otago Regional Council chairman Stephen Cairns.

The letter sought government funding for the Otago stadium project. Its contents were eventually disclosed, and revealed Mr Chin offered the Government a share of equity in the council's $70 million social housing portfolio in return for funds.

Asked about the conduct committee this week, Mr Chin said he was "not going to comment at all" about the issue, apart from saying a meeting was to be held on Monday. He would not confirm it was in relation to Cr Stevenson.

He did say while the matter was on the agenda for Monday, it would only be an update, as there would not be time for a report to be completed.

That report would go to the council for its next meeting, with recommendations, and the council would make a decision.

The last code of conduct inquiry held was in 2004, when former councillor Jeremy Belcher was censured by his colleagues for failing to apologise over an indiscreet comment he made about a staff member.