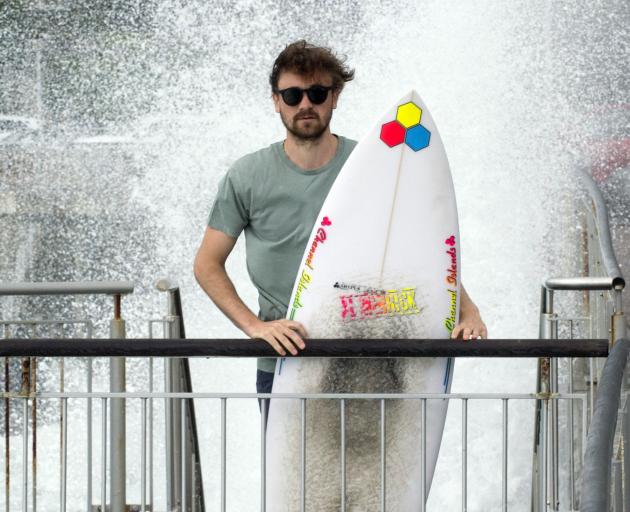 William Allen is hoping his story of helping to rescue people at Taieri Mouth will help keep others safe in the water. PHOTO: GERARD O’BRIEN
A heroic doctor involved in a tragic water rescue is hoping to use his experience to help save others.

William Allen was surfing with friends at Taieri Mouth on April 3 when they became involved in rescuing a group of people whose boat had capsized.

A 2-year-old girl did not survive.

In an initiative to use lessons gained from his experience to help others, Dr Allen has organised several surf safety events in Dunedin this week.

‘‘I think as part of the process of recovering from that, you kind of think about what you can do to try to influence positive outcomes from such a negative and tragic event,’’ he said.

He realised that as vulnerable as he and his friends had felt, people without the benefit of medical training would feel even more helpless in a situation like that.

Two stories will be presented — Dr Allen’s experience, and his friend’s story of getting attacked by a shark in South Africa.

It will also cover survival techniques, both for rescuers or victims, including cold water shock, drowning, CPR, and haemorrhage control.

It will be followed by in-water workshops on Saturday morning, again starting at the boardriders building.

A women-only workshop will run from 9am-11am, and will be followed by a discussion seminar hosted by Women’s Surfing Aotearoa.

A men’s workshop will run from 1pm-3pm.

While the events were focused on the surfing community, the skills they would learn would be transferrable, he said.