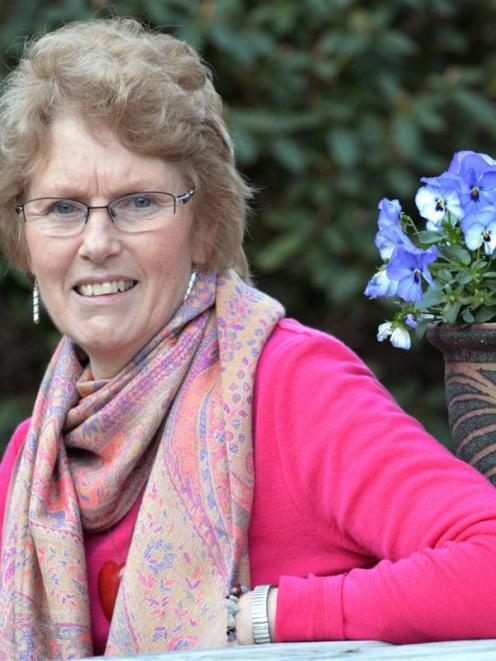 Anti violence campaigner Lesley Elliott. Photo by Gerard O'Brien.
Lesley Elliott regards her Queen's Birthday honour (MNZM) as recognition of the problem of domestic violence and of all those who work in the sector to prevent it.

After the murder of her daughter Sophie in January 2008, Mrs Elliott felt she ''had to do something''.

''I'm one of a lot of people who work in the area _ I just happen to be the one getting the accolade.

''I feel very humbled by it. It's not about me. It is about the issue. And it is about all those people who have also lost family members through domestic abuse.

''What I've been able to do is just a small contribution really to try to reduce the amount of domestic violence.

''It's actually a recognition of domestic violence as an issue.''

Rather than trying to be the ''ambulance at the bottom of the cliff'', Mrs Elliott focused on educating young people, and sharing knowledge and information with their parents. Through the Sophie Elliott Foundation, the Loves Me Not relationship programme was developed and is being introduced to all secondary schools.

A book of the same title was produced to accompany the workshop, and due to demand had been published for general sale. Mrs Elliott has been surprised by its retail success.

Mrs Elliott has given hundreds of talks at schools and community groups, travelling extensively around New Zealand. She has made a point of trying to visit isolated communities that often missed out on speakers.

''My plan was to ease off that once schools take up the programme because all I want to do is get the message out there, but what's happening now is they are taking up the programme, and they want me to speak.

''I'm so fixated on getting the message out there that I don't want to turn anybody down.

''If anybody wants to hear me talk _ anywhere, any place, if they're prepared to pay for me to get there.''

Developed with the police and the Ministry of Social Development, the programme was trialled and had a positive evaluation before being introduced widely last year.

An ''incredible'' level of confusion existed around the issue of consent among young people, particularly sexual consent, but also other kinds.

Other issues covered in the workshops, which often involved lively debate and engagement, included drugs, alcohol, and the role of ''active bystanders'' in preventing abuse.

Some workshop participants had disclosed abuse occurring in their own lives to workshop facilitators. Developing more Loves Me Not resources including an app for mobile devices is on the cards.

''And then after that we think we might just pack it all in and retire ...''