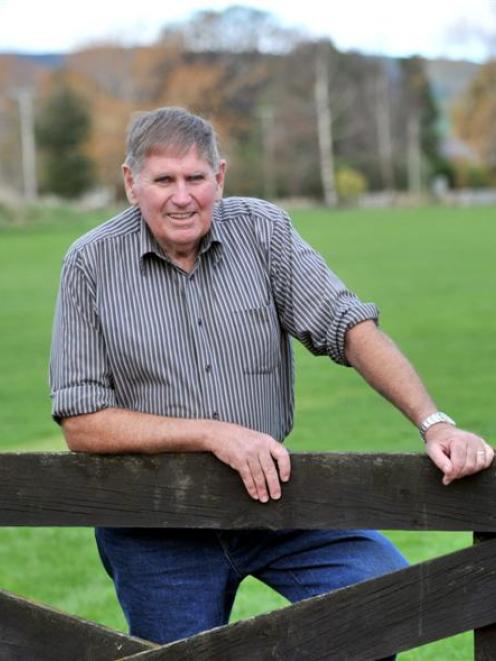 Juno Hayes. Photo by Linda Robertson.
Making a ''small'' contribution to his community is all former Clutha mayor Cyril Edwin ''Juno'' Hayes ever hoped to do.

Discovering he was to become an Officer of the New Zealand Order of Merit ''humbled'' him.

''It is so lovely people recognise the work you have done.''Mr Hayes (70) spent 33 years in local government, beginning when he was in his 20s.

He was a Milton borough councillor and then chairman of the Bruce County Council, before the amalgamation of Bruce with the Milton and Kaitangata boroughs.

''It was a lot of effort. We had to change the ways we did things.''

After the Clutha District Council was formed, he was deputy mayor for nine years, before becoming mayor for 12 years.

''It was a wonderful privilege to be involved. I'm very proud of the Clutha district.''

A member of Rotary since 1969, he had also been a St John ambulance driver for more than 25 years.

He was on the committee which established the Milton Medical Centre and chairman of a committee that raised $130,000 for the Milton Swimming Pool.

Now retired, the former sawmiller and forest grower continued his work as a justice of the peace and a civil defence controller for the council.

''I enjoy hunting, duck shooting and fishing,'' he said.