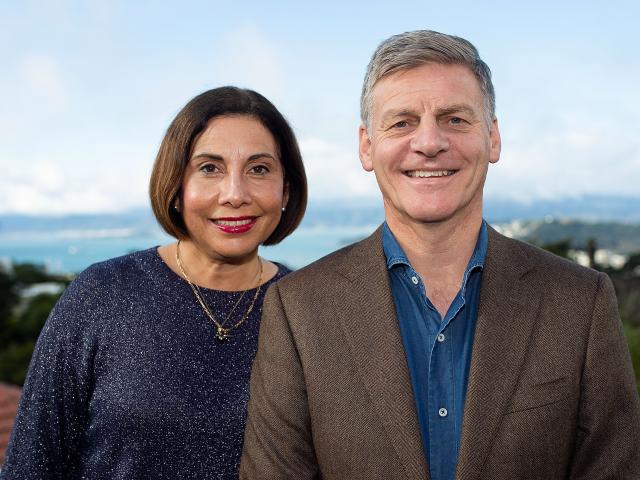 Former prime minister Bill English was checkmated by Prime Minister Jacinda Ardern in 2017 but today he is  knighted by her Government in recognition of his three decades in office.
ONZM

Lesley Elliott regards her Queen's Birthday honour (MNZM) as recognition of the problem of domestic violence and of all those who work in the sector to prevent it.

When Michael Macknight is asked why he runs a worldwide business from Dunedin, he replies why not?

New knight and Southern Lakes Helicopters pilot Richard ''Hannibal'' Hayes seldom knows exactly what is next on the horizon.

Making a ''small'' contribution to his community is all former Clutha mayor Cyril Edwin ''Juno'' Hayes ever hoped to do.

ONZM Duncan Butcher Cromwell For services to local government and the community
New Zealanders from all walks of life, including 13 people associated with the South, have been recognised in this year's Queen's Birthday honours list.

New Zealand sevens coach Gordon Tietjens doesn't have any plans to tone down his gut-busting training sessions following the news he will be knighted.

The strength of spirit shown by patients brings the greatest reward for University of Otago Associate Prof David Perez.
THE ORDER OF NEW ZEALANDMemberEmeritus Prof Albert Wendt, CNZM, Auckland: services to New Zealand.
After a 23-year army career that has seen him serve in Egypt, East Timor, Afghanistan and Iraq, Lieutenant Colonel Stefan Michie admits to feeling a bit embarrassed at receiving the Distinguished Service Decoration in the Queen's Birthday Honours for his work securing the disaster zone in central Christchurch caused by the 2011 earthquake.
A health professional who has dedicated her career to injury prevention says her Queen's Birthday honour came "out of the blue".
The wife of the late Sir Robert Chambers says it is comforting he knew of the honour before his sudden death last month.
Having moved from trying to control the bear-pit of Parliament to chatting with royals at Buckingham Palace garden parties, Queens' Birthday Weekend is an appropriate time for former Speaker Lockwood Smith to be made a Knight Companion of the New Zealand Order of Merit.